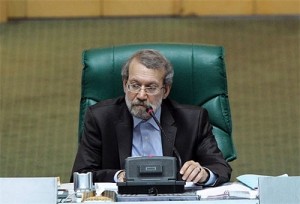 Iran has slammed European parliamentarians for meeting with prominent dissidents during a visit this month to the Islamic republic.

Iran’s ISNA news agency reported on December 22 that officials at the Greek Embassy in Tehran, who had arranged the meeting, were summoned to the Foreign Ministry on December 22 to be informed of Iran’s “displeasure.”

Sotoudeh and Panahi were both arrested in the aftermath of former President Mahmud Ahmadinejad’s disputed reelection in 2009.

Sotoudeh and Panahi were released along with nearly a dozen other political prisoners in September.

“What the (EU parliament’s) delegation has done was a cheap and bad move because when a delegation travels to a country, it should act according to its working agenda, and holding secret meetings, specially for the Europeans, was a cheap action,” Larijani said in an open session of the parliament on Sunday.

“If the EU delegation had a plan for the meeting, it should have informed the Iranian side of it, and then it would be either accepted or rejected,” he added.