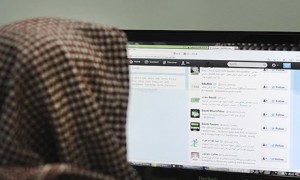 Saudi Arabia is trying to silence calls for reform and criticism of its rulers by a campaign of intimidation and arrests against online activists, according to a report by Human Rights Watch.

Since the start of the Arab spring in early 2011 the Saudi authorities have “redoubled” a crackdown against online criticism, the report says.

Focusing on the plight of 11 activists, it found that those who post criticism online or try to encourage political participation face travel bans, termination of their employment, smear campaigns and arrest.

Those featured in the report included the women’s right campaigner Samar Badawi who was jailed for speaking out against repressive male guardianship laws after suffering abuse from her father. She was released from jail in April 2011 after a high-profile Twitter campaign for her freedom.

“Social media sites are one of the few places where Saudis can vent their anger, to say ‘we have rights’,” she told the researchers.

The report also profiled journalist and rights campaigner Mikhlif al-Shammari, who has been arrested three times since 2007 on the basis of his writing alone. He said the Saudi authorities were trying to stifle a growing awareness of human rights being disseminated through sites such as Facebook and Twitter.

“Social media activity scares the Saudi authorities,” said the report’s author Adam Coogle. “We are starting to see over the previous year and a half an increased crackdown on online activities. Activists have been investigated, threatened put on trial and convicted based in part on things they have posted on social media networks.”

The report urges Saudi Arabia to end criminalisation of free expression and demands its allies, including Britain, publicly call on the Saudi authorities to stop the arrest and trial of peaceful activists.

Coogle added: “The Saudi authorities think that by arresting the most prominent activists for their social media activism and human rights activism in general, that they can intimidate everybody else into silence, but really the cat is out of the bag.

“People are talking on social networks now, that are expressing their views and there is really nothing the Saudi authorities are going to be able to do to shut this down.”