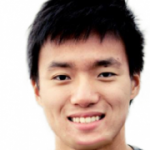 A Harvard student has been charged in connection with Monday’s bomb threats which shut down four Harvard buildings and canceled finals for many students.

Kim will be in US District Court Wednesday.

According to the complaint, two officials of Harvard University, and the president of the Harvard Crimson, received identical anonymous email messages bearing a “subject” line that read “bombs placed around campus.”

Kim was scheduled to take a final exam at 9 a.m. in Emerson Hall. According to investigators, when he heard the alarms go off, “he knew his plan had worked.”

Authorities found no evidence of bombs in any of Harvard’s buildings.

The maximum penalties under the bomb hoax statute, are five years in prison, three years of supervised release, and a $250,000 fine.