Saudi Arabia threatens to go it alone on Syria 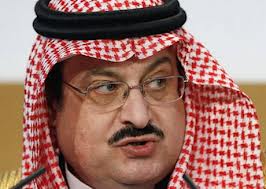 Saudi Arabia has warned it has been forced to go its own way in foreign policy as its Western allies seek diplomatic solutions to the war in Syria and crisis with Iran.

Saudi Arabia’s ambassador to London said US-led diplomacy in the region was risking the stability of the Middle East.

Mohammed bin Nawaf bin Abdulaziz al-Saud said his country is determined to independently arm Syria rebels and could not stand idly by while thousands of children were being killed by Syria’s regime.

Despite almost a century of friendly ties with countries such as Britain and America, the oil rich monarchy can no longer follow its allies as they pursue diplomacy with its Middle Eastern enemies.

“We believe that many of the West’s policies on both Iran and Syria risk the stability and security of the Middle East,” he wrote in the New York Times. “The West has allowed one regime to survive and the other to continue its programme for uranium enrichment, with all the consequent dangers of weaponisation.”

The comments come as Syria opposition officials report that Western diplomats have privately said that next month’s peace talks may not lead to the removal of President Bashar al-Assad from power. At a summit of opposition backers in London last week, the opposition was told that the transistional arrangements must preserve key parts of the current regime.

“Our Western friends made it clear in London that Assad cannot be allowed to go now because they think chaos and an Islamist militant takeover would ensue,” said one senior member of the opposition said.

High level warnings from Saudi royals over the West’s betrayal of previously shared foreign policy goals have also included demands for the Gulf countries to have a seat at negotiations with Iran over its nuclear programme.

Prince Turki al-Faisal, a former head of Saudi intelligence, said Riyadh felt the US and its allies had worked behind its back to achieve a diplomatic accord with Iran.

“It is important for us to sit down at the same table,” he said. “We have been absent.”

Prince Turki added that the US had “given the impression” it would take actions against Syria but had subsequently not delivered.

Saudi Arabia still expects its allies to challenge the two regimes over the bloodshed in Syria but is finding that West is refused to take action, Prince Mohammad added. As a result Saudi Arabia would take its own approach to the conflict, and orchestrate its own financial and miltary strategy of support to the Syrian rebels.

“To do otherwise is to walk on by, while a humanitarian disaster and strategic failure continue to fester,” Prince Mohammad wrote.

Julian Barnes-Dacey, a Syria expert at the European Council for Foreign Relations, said the Saudi leadership viewed support for the Syrian rebels and overthrow of the Iranian-aligned Syrian regime as vital for its own security. “There is broad consensus on the need to push hard on Syria because they don’t want the Iranians to gain the upper hand,” he said. “Saudi Arabia is upping its game to help the rebels on the ground. This is not just empty talk but is an appeal to the West to stand alongside them as they look to change the end game.”

Nawaf Obaid, an advisor to Prince Mohammad, accused America of dishonesty late last month as Riyadh reacted furiously in the wake of the Geneva agreement with Iran to negotiate over nuclear weapons. “We were lied to, things were hidden from us,” he said. “The problem is not with the deal struck in Geneva, but how it was done.” Mr Obaid said the country was adopting a new “defence doctrine” that to pursue its foreign policy goals.

“Our strategic posture is moving from reactive to proactive, we have a new defence policy,” he said.

The American rush to embrace detente with Tehran resulted in a landmark interim deal last month that put the country’s nuclear programme on hold in return for some easing of sanctions.

Mohammad Javid, Iran’s foreign minister, has said the new diplomatic opening raise the prospect that the 30-year breach in diplomatic relations with Washington could be healed by talks.

The nervous Gulf states have warned that Iran remains a destructive force in the Middle East and will use a thaw as cover for its support for terrorist groups and militias across the region.