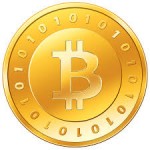 The price of a Bitcoin was sent tumbling Wednesday after China’s largest exchange for the virtual currency said it would stop accepting yuan deposits — China’s local currency.

The much-ballyhooed currency has now fallen by around 50% below the record trading highs seen at the end of November, when it briefly touched the $1,200 level. On Wednesday, the price of a Bitcoin was down approximately 20% to $550.

The exchange, BTC China, said that “due to the reasons that everyone knows, BTC China has to temporarily stop its yuan account recharging functions.” BTC China made the comments on Weibo, a popular Chinese micro-blogging service similar to Twitter. “BTC China will continue to operate. Please continue to monitor our website, we will try to offer another way to recharge,” the exchange said.

The currency has been on the slide since earlier this month when the People’s Bank of China, the nation’s central bank, said that it would not allow financial institutions to sell, trade or store Bitcoins, which it does not consider to be a real currency because it doesn’t have any legal status or monetary equivalent.