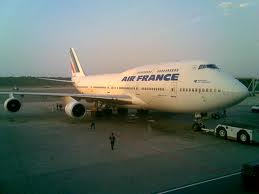 Authorities in Venezuela evacuated an Air France jet poised for takeoff to Paris after French officials warned of a potential bomb threat.

“We received information from French intelligence services… On an explosive believed to be planted aboard to be detonated on a Caracas-to-Paris or Paris-to-Caracas flight,” Justice Minister Miguel Rodriguez Torres told state television on Saturday.

The flight had been set to take off from Maiquetia International Airport, which serves Caracas, at 2355 GMT, but was cancelled.

A team of 65 local intelligence experts was set to search the jet carefully as well as the airport terminal, Rodriguez Torres added.

“We are going to search this aircraft inch by inch. And then the flight will be rescheduled,” he said.

“So we apologize to passengers, but it is our duty to protect lives.”