BEIRUT, Lebanon —A mysterious website offering financial rewards for information about alleged members of Hezbollah’s international operations wing has become a major topic of conversation in intelligence circles around the Middle East, with operatives wondering who is behind the effort.

The site, which appeared without fanfare, claims to be the work of an alliance of Western intelligence agencies. But two Western security officials familiar with the project said it is likely an Israeli operation to gather data on one of the world’s most secretive organizations.

Hezbollah, a Shiite Muslim movement, has long been the focus of Israeli and Western intelligence agencies. It has beenaccused in a long string of terrorist incidents.

The site, which can be found at www.stop910.com, says its mission is to bring attention to Hezbollah’s so-called “Unit 910.” The site accuses it of being Hezbollah’s international operations unit tasked with conducting intelligence gathering and performing operations around the world.

The site contains photographs of dozens of alleged operatives along with requests for readers to submit any information on the men, who range from suspects known to authorities to dozens of apparently unidentified Hezbollah members. In many cases, the site shows a picture and no further information and offers rewards for phone numbers, real names and even home addresses of the men. 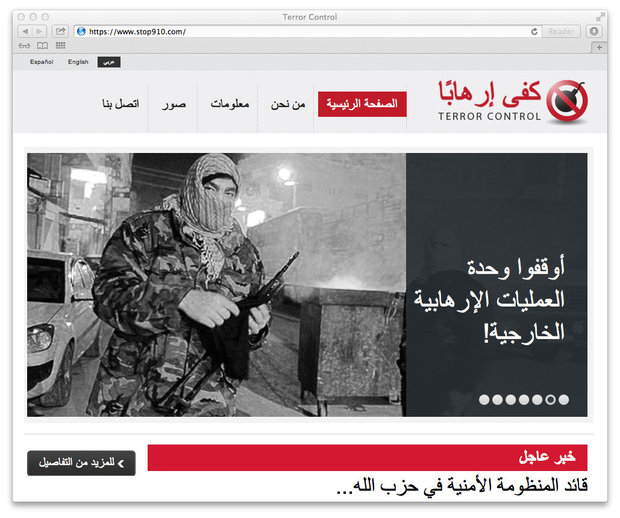 Although it purports to be a multi-country effort at battling the Lebanese Shiite group, two Western intelligence officials familiar with both the site and Hezbollah’s international operations said the site is maintained by Israeli intelligence services.

“I’ve seen it and wondered why they lied,” said one official based in Beirut. The official, who works for a European intelligence service, agreed to speak only on the condition of anonymity

“It’s an Israeli project, similar to the efforts they’ve done in the past to try to get information on the fate of missing soldiers and pilots in Lebanon,” he said.

Another intelligence official based in Europe expressed dismay at many of the details the site reveals.

“I can’t believe this thing,” said the official, who also agreed to speak on the condition of anonymity. “It actually contains a significant amount of raw intelligence that would be literally illegal for American or European services to release to the public without the highest level of clearance.

“This is not how we do tradecraft in the West. I think it’s very foolish,” he added.