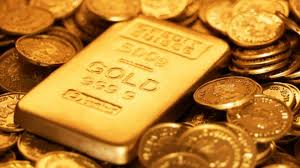 Gold trade between Turkey and Iran will resume, albeit at lower levels than last year, once sanctions on Iran are eased, Iran’s ambassador to Turkey said on Friday.

Turkey’s gold trade with Iran boomed in 2012 when Ankara was paying for its natural gas and oil imports with Turkish lira and Iranians were using those deposits held in Turkey’s Halkbank to buy gold.

“Certainly the gold trade between Iran and Turkey will resume,” the ambassador, Ali Reza Bigdeli, told reporters in the Turkish capital on Friday.

“Due to the problems in money transfers in 2012, the gold trade rose. I don’t think that we are still in the same situation that would require us to trade in gold in those amounts,” he said.

Some of the gold was held inside Turkey in the peak of the trade, while some was taken to Dubai by couriers to be sold for foreign currency which was much needed by Iran and to which it did not have access due to tight Western sanctions.

This trade had dried up as a provision of U.S. sanctions, made law in the summer of 2012 and implemented from Feb. 6, effectively tightened control on sales of precious metals to Iran and prevented Halkbank from processing oil payments by other countries back to Tehran.

“There are a lot of areas between Iran and Turkey that we could trade, we should revive those too,” Bigdeli said.

He also said Halkbank will maintain an important role in relations between Ankara and Tehran and that other Turkish banks are expected to work with Iran as risks ease.