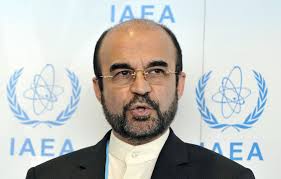 The implementation of a landmark nuclear agreement between Iran and six world powers is expected to begin in late December or early January, Iran’s envoy to the U.N. nuclear agency said on Friday.

Under the November 24 interim accord, Iran agreed to curb its nuclear program in exchange for limited sanctions relief.

Asked when he expected the six-month agreement to start, Ambassador Reza Najafi told reporters: “We expect that either the end of December or beginning of January we should start implementing the measures agreed by both sides.”

The agreement – reached on Sunday after more than four days of negotiations between Iran and the United States, France, Russia, China, Britain and Germany – was designed to buy time for negotiations on a final settlement of the decade-old nuclear dispute.