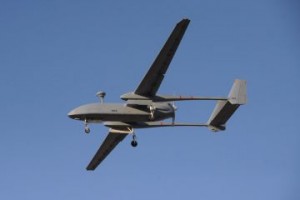 The sources said the unmanned aircraft operations intensified in 2013 amid the war in neighboring Syria and attempts by Sunni rebels to infiltrate Lebanon.

The sources said most of the Hezbollah drones were made and supplied by Iran.

“The drones have been flying mostly in the Bekaa Valley along the Syrian border,” a source said.

On Nov. 25, the Lebanese daily Al Jumhuriya reported that Hezbollah was operating UAVs to monitor the Syrian border. The newspaper said Hezbollah spotted and tracked a car that contained more than 400 kilograms of explosives.

“The vehicle was tracked upon entrance to Arsal on the border with Syria and until it arrived in the area between Younin and Maqneh,” Al Jumhuriya,
quoting security sources as saying

“The organization [Hezbollah] is performing tracking and surveillance on the border through the use of drones at night.”

The sources said Hezbollah was believed to have assembled some of the platforms, also meant to strike enemy targets.