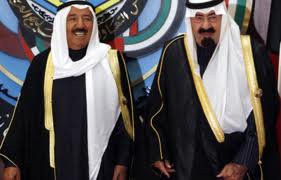 Kuwait is trying to ease tensions between Saudi Arabia and Qatar after the Egyptian military’s overthrow of Doha-backed Islamist president Mohamed Morsi, which was welcomed in Riyadh, a diplomatic source said Sunday.

While Saudi Arabia and Qatar are both suspicious of Iran’s regional ambitions and support Syria’s rebels, they were bitterly split over Egypt.

Saudi Arabia hailed the military’s ouster in July of Morsi and promised billions in aid, while Qatar, which had strongly supported his year-long rule, has seen its influence in Cairo evaporate.

“Saudi Arabia is very irritated by the policy of Qatar in Egypt,” the source said, and wants other members of the Gulf Cooperation Council (GCC) to “condemn the actions of Qatar” in Egypt, where it has supported Morsi’s Muslim Brotherhood.

Saudi Arabia and other Gulf monarchies have long been hostile towards the Muslim Brotherhood, fearing that its brand of grass-roots activism and political Islam could undermine their authority.

Riyadh hailed the overthrow of Morsi — Egypt’s first freely elected president — and pledged billions of dollars in aid to the new military-installed authorities.