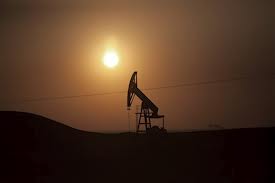 A group of rebel brigades, including an affiliate of Al Qaeda, seized one of Syria’s largest oil and gas fields from government forces on Saturday, opposition activists said, further depriving the government of President Bashar al-Assad of the resources it needs to remain solvent.

Videos posted online showed scores of black-clad rebels walking though a large arch over an entrance to the Omar oil field, rummaging through its buildings and standing atop tanks.

The Syrian Observatory for Human Rights said a number of rebel brigades seized the area after an overnight battle and the withdrawal of government troops. Among the groups that participated were the Islam Army, which was formed east of Damascus, and the Nusra Front, which is affiliated with Al Qaeda.

Two and a half years of civil war in Syria have battered the country’s oil sector, once an important source of government revenue. Syria’s oil and gas fields are concentrated in the country’s largely rebel-controlled north and east. Most have been taken over by rebels or local tribal groups, some of whom finance their operations by selling the crude they produce or processing it locally into usable petrol.

It was unclear Saturday whether the field’s production infrastructure had been damaged in the fighting and whether the rebels would be able to maintain control, much less resume production.

Also on Saturday, government forces carried out a series of airstrikes in and around the northern city of Aleppo, killing more than 40 people, most of the reported by activists to be civilians.

Aleppo, Syria’s largest city, has been divided between government- and rebel-controlled zones for more than a year, although the rebels control the territory north of the city to the Turkish border and have used it to organize and manage supplies.

Still, they remain largely helpless against the government’s airpower.

Airstrikes in rebel-held parts of the city killed 22 people, including one woman and four children, said the Observatory, which monitors the conflict from Britain through contacts inside Syria. One strike appeared to be aimed at a rebel headquarters but hit a market nearby, it said.

Other airstrikes hit in and near the rebel-held city of al-Bab, killing 22 people, according to the Observatory and Bari Abdul-Latif, an anti-government activist in al-Bab reached via Skype. Mr. Abdul-Latif said that war planes remained in the sky throughout much of the day and that the strikes hit near a school and the headquarters of a local aid organization.

The Observatory said at least seven government soldiers were also killed in clashes in Aleppo Province on Saturday.

The Syrian state news media did not comment on the fighting near the oil fields or on the airstrikes in Aleppo Province.

They did report that Syria’s reconciliation minister, Ali Haidar, had survived an assassination attempt when gunmen opened fire on one of his cars as it drove through a government-controlled area near the Mediterranean coast. Mr. Haidar was not in the car at the time, but his driver was killed.