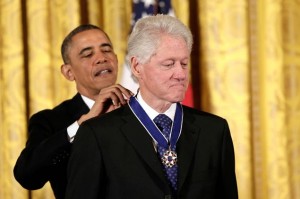 “These are the men and women who in their extraordinary lives remind us of the beauty of the human spirit,” Obama said at the White House.

Clinton received the award for his public service in office, and afterward as the founder of the Clinton Foundation.

“He remembered what his mom had to do on behalf of him and he wanted to make sure he made life better and easier for so many people across the country,” Obama said of Clinton, whose father died before he was born. 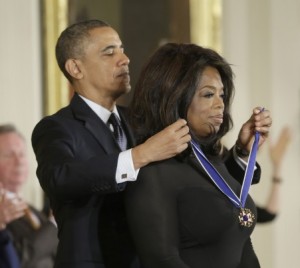 The president also delivered a brief tribute to the medal’s founder, President John F. Kennedy, who was assassinated 50 years ago this week.