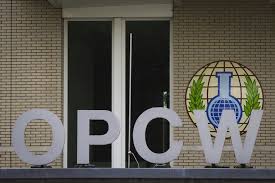 The global chemical weapons watchdog says it has adopted a detailed plan for the destruction of Syria’s stockpile by mid-2014.

Friday had been the deadline for the Organization for the Prohibition of Chemical Weapons (OPCW) to agree a final destruction timetable.

The plan was adopted despite an earlier setback, when Albania rejected a request to host the destruction. Where the stockpile will be transported to be destroyed remains unclear.