Bid for more Iran sanctions could reach Senate next week 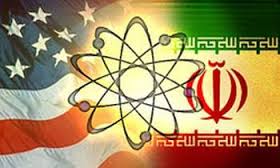 Legislation to impose tough new sanctions on Iran could come to the Senate floor next week, just as diplomats head to Geneva for a third round of talks aimed at curbing Tehran’s suspected nuclear weapons work.

President Barack Obama has appealed to Congress to hold off on new sanctions to allow time to pursue a diplomatic deal. But Congress is generally more hawkish about Iran than the administration, and both Republicans and some of Obama’s fellow Democrats have balked at any further delay.

Frustrated that the Senate Banking Committee has delayed a tough new sanctions package at the White House’s request, several Republicans said they were considering forcing the issue by offering more restrictions on Iran as an amendment to a defense authorization bill expected to come to the Senate floor by the middle of next week.

“That means we get the defense bill on the eve of Geneva Part three and all of this back-and-forth between Congress and the White House comes to a head,” a senior Senate aide said.

Western nations fear that Iran’s nuclear program is aimed at developing nuclear weapons, while Tehran says it is purely peaceful.

The issue of sanctions on Iran is a rare area where U.S. Republicans and Democrats work together.

Supported by the influential pro-Israel lobby, measures condemning Iran pass both houses of Congress by overwhelming margins. The House of Representatives approved its tighter sanctions bill in July by a vote of 400 to 20.

It could be challenging politically for Democratic Senate leaders to refuse a vote on a sanctions amendment to the National Defense Authorization Act. The multi-billion-dollar bill, which sets annual defense policy, also would be difficult for Obama to veto.

LAYING DOWN MARKERS AHEAD OF VOTE

As the debate went on, lawmakers on both sides of the issue issued statements spelling out their positions.

Four Republican senators – Mark Kirk of Illinois, Marco Rubio of Florida, John Cornyn of Texas and Kelly Ayotte of New Hampshire – wrote to Obama expressing deep concern about the negotiations, citing reports that Iran would obtain up to $20 billion in sanctions relief but not be required to shut down centrifuges, close facilities or get rid of enriched uranium.

In the letter obtained by Reuters on Friday, they spelled out their concerns and said that tough new sanctions should be put in place to increase pressure on Iran.

“Rather than forfeiting our diplomatic leverage, we should increase it by intensifying sanctions until Iran suspends its nuclear and ballistic missile programs in accordance with multiple Security Council resolutions,” the four senators wrote.

But California Senator Dianne Feinstein, a senior Democrat who is chairwoman of the Senate Intelligence Committee, said she “strongly opposed” any attempt to increase sanctions on Iran while the “P5+1” talks with Tehran, western powers, China and Russia continue.

“Tacking new sanctions onto the defense authorization bill or any other legislation would not lead to a better deal. It would lead to no deal at all,” Feinstein said in a statement.

“I am baffled by the insistence of some senators to undermine the P5+1 talks. I will continue to support these negotiations and oppose any new sanctions as long as we are making progress toward a genuine solution.”