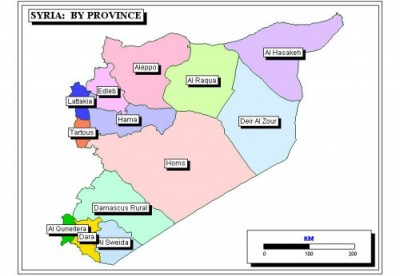 An explosion rocked the regime’s security HQ in the southern Syrian city of al Suweida early Wednesday afternoon, according to media reports.

Hezbollah’s Al Manar TV reported that the explosion took place at the Omran round about and that several deaths and injuries were reported .

The pro-regime Al-Mayadeen television reported that that the explosion was cause by car bomb.

Meanwhile, the opposition Local Coordination Committees reported that the blast targeted a branch of the Air Force Intelligence in the mostly Druze-populated city, which has mostly been spared from the violence that has rocked other areas of Syria in the past two and half years of civil war.