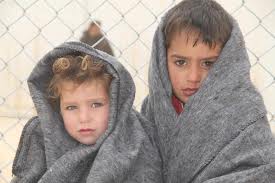 The United Nations warned Monday of a major rise in homeless numbers in Syria, and called for greater UN Security Council pressure to seek access to the war-stricken nation.

UN humanitarian chief Valerie Amos told the council that 9.3 million people now need outside help to survive, up from 6.8 million in September, and 6.5 million are now homeless inside the country, up from 4.25 million.

The United Nations estimates more than 2.2 million people have fled to neighboring countries and the figure will be above three million by the end of the year.

With neighboring countries such as Jordan warning that they cannot cope with the influx, Amos appealed to the council for its “help and influence” to press for greater access to give assistance inside Syria.

Amos said the council “should put its full political weight with both the regime and the opposition parties” to ensure that previous calls for access are carried out, Britain’s UN ambassador Mark Lyall Grant said after Amos gave a private briefing to the council.

The humanitarian chief handed the council a letter which set out a call for greater pressure to back a statement agreed by the Security Council on October 2 calling on the government and opposition rebels to make it easier to provide food and medicines, diplomats said.

Amos told the council that the Syria crisis “continues to deteriorate rapidly and inexorably,” said her spokeswoman Amanda Pitt.

She “continues to press the council for their help and influence over those parties who can ensure the protection of civilians and civilian facilities; the safe passage of medical personnel and supplies; the safe and unhindered delivery of humanitarian assistance.”

With Russia backing President Bashar al-Assad and western nations supporting the opposition rebels, the council has passed only one resolution on the conflict — one which ordered the destruction of Assad’s chemical weapons attack.

Russia’s UN ambassador Vitaly Churkin told reporters he was not convinced that a binding resolution on the humanitarian crisis would work. He said “all countries should work on all sides” to improve access.

Jordan and Lebanon have both appealed for greater international assistance to cope with growing numbers crossing the border.

Jordan’s King Abdullah II warned on Sunday that his country may take special measures if action is not taken over the refugees.

“Jordan currently hosts around 600,000 Syrian refugees — an issue that depletes our already limited resources and puts enormous pressure on our infrastructure,” the king said in a speech to parliament.

“If the international community does not move quickly to help us shoulder the burdens of the Syrian crisis… Jordan is able to take measures to protect the interests of our people and country,” he said without elaborating.

The UN refugee agency says there are 541,025 registered Syrian refugees in Jordan, including more than 100,000 in a camp at Zaatari near the border with Syria.

Jordan and Lebanon say the influx has put pressure on power and water supplies, health and education facilities and heightened social tensions as refugees battle locals for scarce jobs.