Conflicting reports about the fate of Nusra front chief 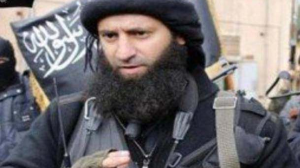 Syrian state TV reported on Saturday that the leader of Syria’s Islamist militant group al-Nusra Front has been killed in the country’s coastal province on Friday, although state news agency SANA quickly withdrew an alert saying the same thing.

“The terrorist Abu Mohammad al-Golani, chief of the al-Nusra Front affiliated to al-Qaeda, has been killed in the campaign in the northwestern province of Latakia,” television said, according to AFP.

But Syria’s jihadist Al-Nusra Front said in a statement on Saturday that its leader was in good health, after state television had reported his death.

“What was claimed by one channel alone, regarding what it claimed was the killing of the emir of Al-Nusra Front, was a lie,” said the group.

Also the Britain-based Syrian Observatory for Human Rights, which closely monitors the fighting in Syria, said senior Nusra Front leaders contacted by activists in Latakia and the eastern Deir el-Zour province denied al-Golani had been killed.

Other Nusra Front sources said they could not confirm or deny the report “because contact with al-Golani was cut,” the Observatory said in a statement. A rebel commander in a Damascus suburb contacted by The Associated Press said he believed al-Golani was “alive and well” based on his contacts with other fighters including those from Nusra Front. He declined to elaborate or be identified for security concerns.

Earlier this year, the United States declared Golani to be a global terrorist, claiming al-Qaeda had tasked him with installing Islamic Sharia law across Syria and had also ordered numerous suicide bombings.
Al-Nusra was designated a terrorist organization by the United States last year.