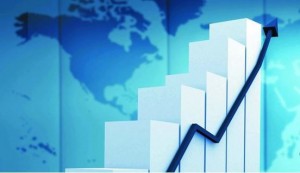 U.S. debt jumped a record $328 billion on Thursday, the first day the federal government was able to borrow money under the deal President Obama and Congress sealed this week.

The debt now equals $17.075 trillion, according to figures the Treasury Department posted online on Friday.

The $328 billion increase shattered the previous high of $238 billion set two years ago.

The giant jump comes because the government was replenishing its stock of “extraordinary measures” — the federal funds it borrowed from over the last five months as it tried to avoid bumping into the debt ceiling.

Under the law, that replenishing happens as soon as there is new debt space.

In this case, the Treasury Department borrowed $400 billion from other funds beginning in May, awaiting a final deal from Congress and Mr. Obama.

Usually Congress sets a borrowing limit, or debt ceiling, that caps the total amount the government can be in the red.

But under the terms of this week’s deal, Congress set a deadline instead of a dollar cap. That means debt will rise by as much as the government spends between now and the Feb. 7 deadline.

Judging by the rate of increase over the last five months, that could end up meaning Congress just granted Mr. Obama a debt increase of $700 billion or more.

Republicans initially sought to attach strings to the debt increase, but surrendered this week, instead settling on a bill that reopened the government and included some special earmark projects, but didn’t include any spending cuts.

Democrats insisted that the debt increase be “clean,” meaning without any strings attached. They say the debt increase only allows Mr. Obama to pay for the bills he and Congress already racked up, and that it doesn’t encourage new spending.