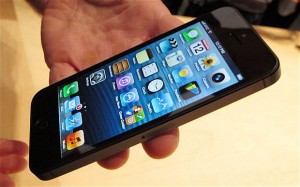 An unemployed couple will stand trial in Shanghai for allegedly selling their baby and using the proceeds to bankroll an online shopping spree, including the purchase of an iPhone.

The couple, named only as Mr Teng and Ms Zhang, began posting online adverts for the child in June this year, Shanghai’s Jiefang Daily newspaper reported on Friday. The adverts suggested they would be willing to part with their unborn baby in exchange for up to 50,000 yuan (£5,070) =($8200) .

After a home birth, designed to cover-up the crime, they handed over the baby girl and received a large cash payment into their bank account on the very same day.

Mr Teng and Ms Zhang reportedly told prosecutors they were acting in their daughter’s best interests, claiming they had hoped to place her with a financially stable family who could provide an education.

“We did not give the baby away for money but in order to give it more security,” they were quoted as saying.

However, prosecutors believe the couple’s bank records clearly show they had in fact hatched a “sinister conspiracy” to profit from the child’s sale.

One credit card bill shows that immediately after “trading” the baby girl, the couple spent large amounts of cash on the internet, it was reported. Among their purchases was an iPhone and a pair of “high-end” trainers.

Prosecutors also allege that the couple attempted to disguise Ms Zhang’s pregnancy in order to hide their crime. In order to explain her bump, neighbours were told she was suffering from a tumour.

Last year seven people were jailed in China’s Hunan province for involvement in the purchase of a kidney from a 17-year-old boy who used the money to buy and iPhone and an iPad.

The teenager “confessed to his mother when suffering from renal failure after the surgery”, the state news agency Xinhua reported.