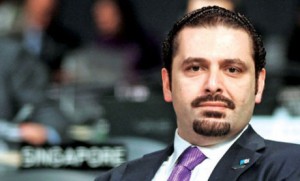 Former Lebanese prime Minister Saad Hariri vowed Friday that the killers of Brig. Gen. Wissam al-Hassan, former chief of the Internal Security Forces’ Information Branch that was slain in a car bomb a year ago, would be punished sooner or later.

Hariri reiterated his determination to uncover and prosecute Hassan’s murderers and those behind them.

“We always called for justice and for the Special Tribunal for Lebanon regarding the assassination of former Premier Rafik Hariri, and now we have the same demands regarding the assassination of Brigadier General al-Hassan,” he said. “We have full confidence in the tribunal, and no one should think that those who assassinated him will get away with it no matter what.” Hariri stressed during a prerecorded interview on Future TV which commemorated the first anniversary of al-Hassan’s assassination.

“For me, the assassination of Wissam crossed many red lines, and he was targeted because of his belief in the path of Rafik Hariri and because of his success and great achievements at the head of the Intelligence Bureau,” Hariri noted.

Al Hassan was credit with uncovering the so called Mamlouk-Samaha terror cell and the arresting of several Israeli and terrorist networks.

Hariri added: “We know who their friends are, and who killed him, and they will be punished sooner or later although they feel very strong today.”

Hariri pointed out that the slain officer faced “the most heinous political and media campaigns” prior to his assassination.
“They fought him because he was working to build the state,” said Hariri.

Hariri, who has been living outside of Lebanon for more than two years for security reasons, promised to return home soon. He said his return to Lebanon had been delayed after Hassan’s assassination. 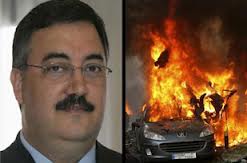 “Many don’t want me to return, but I will. I hope that Lebanon will again be as it was, and as Rafik Hariri, Wissam al-Hasan, Pierre Amin Gemayel and all the martyrs of the Cedar Revolution wanted it to be,” Hariri said, in reference to his father, former Prime Minister Rafik Hariri, who was killed in a 2005 car bombing, and March 14 politicians slain for opposing Syria’s domination of Lebanon.