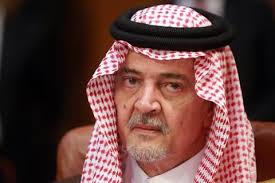 Assailing what it called double standards at the United Nations, Saudi Arabia took surprising step Friday of declining an invitation to take a rotating seat on the Security Council just one day after it was chosen to join the body for a two-year term.

The protest, made known in a statement from the Saudi Foreign Ministry carried on the official SPA news agency, said that “the method and work mechanism and the double standards in the Security Council prevent it from properly shouldering its responsibilities toward world peace.”

The gesture seemed to reflect Saudi Arabi’s simmering annoyance at the Security Council’s record in Syria, where Russia and China — two of the five permanent members — have blocked Western efforts, broadly supported by Saudi Arabia, to pressure President Bashar al-Assad. The other permanent members are the United States, Britain and France.

The Saudi announcement came a day after Chad, Chile, Lithuania, Nigeria and Saudi Arabia were elected to seats on the 15-member Security Council for a two-year term starting in January. They replace Azerbaijan, Guatemala, Morocco, Pakistan and Togo.

It was the first time that Saudi Arabia had sought to gain one of the nonpermanent seats on the council. Its decision to turn down the seat seemed all the more surprising because its efforts to seek representation had been taken by experts as a reflection of the kingdom’s wish to be more assertive in resolving the Syrian civil war and the Arab-Israeli conflict.

In its statement on Friday, Saudi Arabia said it would not join the Security Council until reforms are introduced to enhance the body’s contribution to peace.

Saudi Arabia supports the rebellion against Mr. Assad and has criticized the council in the past over what it describes as an inadequate response to turmoil in the Middle East. In an apparent display of displeasure last month, the Saudi foreign minister canceled a speech to the General Assembly.

SPA quoted the statement as saying: “First of all, the kingdom of Saudi Arabia is pleased to extend its sincere thanks and deep gratitude to all countries that have given their confidence to elect it as a nonpermanent member of the United Nations Security Council for the next two years.

But, according to news reports, the statement went on to accuse the Security Council of failing in its duties toward Syria, enabling Mr. Assad to press his military campaign against rebels with impunity, including through the use of chemical weapons.

It also said the United Nations body had been unable to resolve the decades-old dispute between Palestinians and Israelis or transform the Middle East into a zone free of weapons of mass destruction, The Associated Press reported.

The development comes as international weapons inspectors inside Syria seek to dismantle its stocks of chemical weapons under a deal brokered last month by Russia and the United States to avert American military action in reprisal for poison gas attacks on the outskirts of Damascus on Aug. 21.

Additionally, a Syrian official said Thursday that long-postponed peace negotiations under international auspices would be held in Geneva in November.