Christians in Borneo vow to continue using the word ‘Allah’ 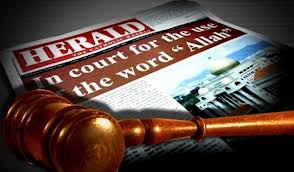 ruling this week that ruled that the word could not be used by a Roman Catholic newspaper to refer to the Christian God.

Christians in Malaysia use the term interchangeably to refer to the Christian and Muslim deity, but now a Christian newspaper published in the capital Kuala Lumpur has been told to stop doing so.

The Archbishop of the Anglican Church in South East Asia Datuk Bolly Lapok described the decision as “excessive, utterly irresponsible and grossly demeaning, to say the least.

“In the meantime, Christians in Sabah and Sarawak continue to reverently worship their Allah until the Kingdom comes,” Rev. Lapok said in a statement reported in Malaysian media. “What are you going to do about it?”

He said in an earlier statement the decision struck at the constitutional basis of the Malaysian Federation. The Malaysian constitution guarantees freedom of religion while making Islam the state religion.

“We find it completely unacceptable that what are common practices of the Church of Sabah and Sarawak for hundreds of years, and indeed for generations of Christians even before the very idea of Malaysia was conceived, are now proscribed by administrative orders and laws,” Rev. Lapok said. 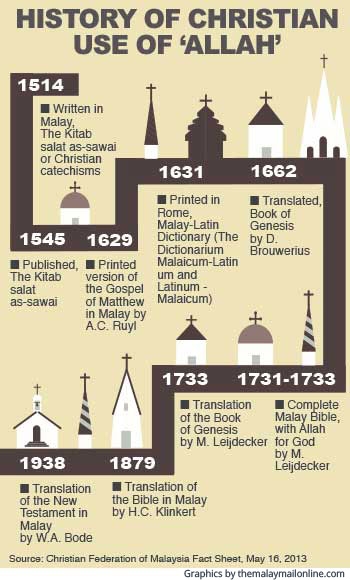 President of the Sabah Council of Churches, Datuk Thomas Tsen, said churches in the state would continue to use the word “Allah” in their church services, publications and prayers.

“We have made a very clear stand and we will stick to it,” he said. “We have purged our hearts and minds on whatever decision the court would make. Even if the court decides against us using the word, we will continue to use it.”

The unanimous decision by three Muslim judges sitting in Malaysia’s appeals court on Monday overturns a 2009 decision from a lower court that permitted The Herald to use the word Allah.

The Herald editor Rev. Lawrence Andrew said he was “disappointed and dismayed,” and would appeal against the decision.

“It is a retrograde step in the development of law in relation to the fundamental liberty of religious minorities,” he said.

The decision comes amid escalating ethnic and religious tension in Malaysia following a bruising election campaign in May in which the ruling coalition — which has been in power since federation in 1963 — found its support among urban voters crumbling.

Prime Minister Najib Razak has attempted to shore up his support among majority ethnic Muslim Malays, by toughening security laws and boosting Malaysia’s controversial policy of bumiputra — a Malay term that literally means “son of the soil” — which favors the ethnic Malay majority, providing them with preference in employment, business, education and housing.

While proponents say the radical affirmative action campaign — instituted in the early 1970s in response to anti-Chinese riots in Malaysia in 1969 — has lifted many urban Malays into the middle class, critics say that Chinese, Indian and the indigenous Orang Asli have been excluded from the political process.

While problems with bumiputra were among the election issues in May, allegations of government cronyism and nepotism are now high on the list of voter concerns. Razak’s latest steps to reverse liberal reforms — known as “reformasi” — has hit educated young Malaysians in their 20s and 30s who have been leaving the country to take up opportunities overseas.

The brain drain is now a serious problem for the coalition government which has embarked on economic reforms, but is accused of doing little to reform the public service or education.

According to Malaysia’s Population and Housing Census from 2010, 61.3% of Malays practice Islam, while 9.2% are Christians.