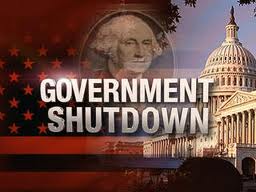 The Obama administration says a U.S. default would be “catastrophic.” Economists say it could plunge the country into recession and prompt a global financial meltdown.

To many Republicans, however, the prospect of the world’s lone superpower juggling its bills doesn’t seem so bad. The government could muddle through without a debt-ceiling increase as long as it kept up with interest payments and a few other priorities, they argue.

“We are not going to default on the public debt. That doesn’t mean that we have to pay every bill the day it comes in,” Republican Representative Joe Barton of Texas said on CNBC on Monday.

Barton’s position could reflect a genuine disagreement with warnings by Wall Street and Washington analysts or he could be downplaying the default to gain tactical advantage in negotiations with President Barack Obama. But Barton isn’t an outlier.

Nearly every Republican in the House of Representatives voted for a bill in May that would direct the Treasury Department to prioritize bond payments and Social Security retiree benefits over other obligations if Congress failed to extend its borrowing authority. In the Senate, 29 of the chamber’s 44 Republicans have signed on to the idea.

Republicans say that approach would minimize the fallout if Congress fails to raise the debt ceiling before the Treasury Department exhausts its borrowing authority on October 17.

Past and present Treasury officials and Wall Street analysts reject that view out of hand as naive at best.

In order to make sure bond payments and Social Security checks went out on time, the government would have to delay other payments by days or weeks. That would send a massive economic shockwave through military contractors, hospitals, and other entities farther down the priority list.

The plan also may not be workable in a practical sense. The U.S. Treasury handles 4 million transactions a day, and separating some of them out would be practically impossible.

“It’s mind-boggling. I don’t know what to say,” said Tony Fratto, a Republican and a former Treasury Department official under President George W. Bush. “Every member of Congress should know this. These aren’t complicated concepts.”

That may not be the point. By presenting a plan to deal with a possible default, Republican lawmakers can show voters they are taking steps to minimize any potential fallout.

And as the October 17 deadline approaches, they may gain a negotiating advantage by showing Democrats they are not particularly afraid of going right up to the edge – or over it.

“It’s a strategy to say, ‘We can hold out longer, because we don’t think it’s so bad,'” said New York University political science professor Steven Brams, who has written extensively about strategic decision-making.

With the government entering its second week of a partial shutdown due to a dispute over Obama’s healthcare law, business leaders are warning against further brinkmanship. The U.S. Chamber of Commerce has called for a “clean” debt ceiling increase, without any other legislation attached, while financial executives like Lloyd Blankfein of Goldman Sachs have urged the lawmakers to resolve the dispute quickly.

The uncertainty has weighed on financial markets. The CBOE Volatility index .VIX – a measure of market turbulence called the “fear index” – has risen by nearly 50 percent over the past three weeks amid fear of a default and anxiety over a related government shutdown that took effect on October 1.

The last debt-ceiling showdown in August 2011 proved costly. Lawmakers averted default with a last-minute deal, consumer confidence plummeted and the S&P 500 .SPX fell 17 percent. Although the S&P 500 recovered in a little over two weeks, the standoff will cost the government $18.9 billion over 10 years in higher interest costs, according to the Bipartisan Policy Center.

Republicans touted their prioritization scheme back then as well. Some lawmakers, notably Tea Party favorite Michele Bachmann, a Republican representative from Minnesota, said they would not vote to raise the debt ceiling no matter what.

This time around some Tea Party Republicans, like Florida Representative Ted Yoho, also say they will vote ‘no.’

But party leaders like Boehner say they will be able to round up enough votes to raise the debt ceiling as long as they get concessions from Obama.

Many Republicans also suspect that the administration has some additional tricks to stave off default that they haven’t disclosed. While Treasury says it can’t guarantee payments after October 17, analysts say actual default could come days or weeks later, and lawmakers wonder if they are being rushed unnecessarily.

Though both sides have begun to extend tentative feelers that could lead to a way out of the standoff, both believe that they can extract the most concessions by holding out until the last possible minute. In this context, Republicans’ move to downplay the October 17 deadline makes sense, Brams said.

“I don’t expect we’d see a compromise until we’re at the brink,” Brams said.