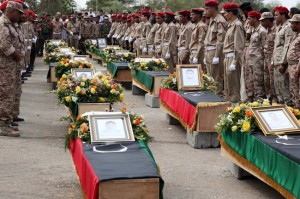 Libya’s fragile interim government condemned the United States on Sunday for what it called the “kidnapping of a Libyan citizen” from this capital city a day earlier, and Libyan lawmakers threatened to remove the prime minister if the government was involved.

The capture of the Libyan, who goes by the nom de guerre Abu Anas al-Libi and was indicted on a charge of planning Al Qaeda’s 1998 bombing of two American Embassies in East Africa, was so fast and left so few clues behind that Libyans were only slowly coming to grips with what had occurred. The government denied an American assertion that it had played a role in the operation amid anger that the nation’s sovereignty had been violated.

But as a measure of just how tired the public is of the chaos that has gripped the country since the overthrow of Col. Muammar el-Qaddafi in 2011, some Libyans angry at the raid expressed exasperation at their government’s failures to bring any measure of security to its people.

“There is hardly very much that is going on, except that every three or four days there is a new assassination,” said Mohamed Mufti, a Western-educated physician and liberal intellectual in Benghazi. “This government seems to be suffering terminal inertia.”

The reaction to the capture of Abu Anas underscored the stakes for the United States as it gave up on waiting for the Libyan government to grow strong enough to challenge the militias that wield power, and detain fugitives living with impunity on Libyan soil.

For months, a swelling team of federal investigators, intelligence agents and Marines waited behind the barbed wire and gun turrets of the fortified compound around the United States Embassy here, aware of suspected terrorists at large in the streets — including suspects in the killing last year of Ambassador J. Christopher Stevens and three other Americans in Benghazi — and increasingly frustrated at the inability of the weak Libyan government to move against them.

Now, with the Abu Anas raid, the Obama administration has signaled a limit to its patience. Two years after the United States backed the NATO intervention that removed Qaddafi, Washington has demonstrated a new willingness to pursue its targets directly, an action that has now prompted some of those suspected in Ambassador Stevens’s death to go into hiding, people here said.

“Of course people are worried about it in Benghazi,” said Mohamed Abu Sidra, a Benghazi Islamist leader and member of Parliament.

Speaking on the sidelines of an economic conference in Indonesia on Monday, Secretary of State John Kerry defended the capture of Abu Anas, saying it complied with American law, The Associated Press reported. Mr. Kerry said the suspect was a “legal and appropriate target” for the United States.

The raid tests the ability of the fledgling Libyan government to weather the furor. Indeed, American officials said the Libyan authorities, in a shift, were willing to tacitly support the raid as long as they could protest in public. But it may also have represented a recognition that the interim government was already losing control over the country. It has been unable to finalize a system to elect a constitutional assembly, to ensure the flow of oil that is the lifeblood of the Libyan economy, and even to protect its own government buildings from periodic siege by armed militias.

On Sunday, government officials and large crowds of mourners turned out to bury 15 soldiers gunned down a day earlier at a checkpoint southeast of Tripoli. The reasons for the gun battle were unclear, but many dead soldiers spoke to the fears of a collapsing state. 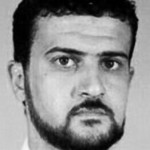 The streets of Tripoli were quiet on Sunday night, with no major protests against the arrest or attacks on American interests. But in just a few hours about 2,000 Libyans had signed into a new Facebook page proclaiming solidarity with Abu Anas, who was born Nazih Abdul-Hamed al-Ruqai. “We are all Nazih al-Ruqai, O America,” it was called.

One comment read: “The real Libyan hero rebels should kidnap an American in Libya to negotiate for our brother Ruqai’s release. It is a shame on us and all Libyans. The Americans entered Tripoli with their commandos and they kidnapped our son while we were standing watching.”

Many of the comments were opposed to Abu Anas, however.

Sheikh Abu Sidra, a member of Parliament from Benghazi, said lawmakers would summon the prime minister, Ali Zeidan, and other top officials to testify about whether they had prior knowledge of the raid, noting that Mr. Zeidan had recently visited the United States.

The government denied any knowledge of what it called the “kidnapping of a Libyan citizen,” contradicting statements by American officials the previous day.

“As soon as it heard the reports, the Libyan government contacted the United States authorities to demand an explanation” for “the kidnapping of a Libyan citizen,” the government said in a statement.

But that disclaimer was unlikely to convince many, said Saleh Meeto, a liberal member of Parliament.

“It is trouble for the government,” he said. “They are trying to remove themselves from being involved.” All Libyans would be opposed to interference by a foreign power, he said.

A senior United States official said the operation to capture Abu Anas had been in the works for weeks and that it “involved a great deal of planning.” The official added, “The window of opportunity opened recently, and we took it.”

But other analysts suggested the calculus also included the determination that the situation in Libya — and therefore the ability to act — now seemed more likely to deteriorate than improve. “The administration is worried about things going sideways, or worse, in Libya, so they took advantage of a rare window of opportunity to remove the threat before it became worse,” said Rudy Atallah, the former director of African counterterrorism policy for the Pentagon.

The Libyan interim authorities have struggled since the overthrow of Qaddafi to build an army or police force, and to subdue various independent local militias, Islamist militants and regional separatists who have capitalized on the power vacuum.

This summer, though, marked an ominous turning point in Libya’s descent into chaos when its government became unable to assure the steady flow of oil. Militias, separatists, striking workers and others sought to extort the state by interfering with the production and shipment of oil. The weak central government was unwilling to cave in but powerless to stop them.

By in July, production had fallen to about 200,000 barrels a day from a norm of about 1.3 million, costing the government $5 billion, according to Geoff D. Porter, an analyst who tracks the Libyan oil sector. Normally a major energy exporter, Libya could no longer keep the lights on in the capital and blackouts grew common. The government began using its long-term currency reserves to meet regular payrolls.

Western supporters of the Libyan government had long argued that it could use oil revenue to provide services and buy support. But “instead of hydrocarbon receipts being the glue that holds the country together, they have become a tool for prying it apart,” Mr. Porter wrote in a recent assessment.

Analysts in Washington said the willingness of the United States to risk adding new strain to Libya’s precarious interim government suggested a tacit acknowledgment of its diminished prospects.

“They decided to cross the line,” said Jeremy Shapiro, a researcher at the Brookings Institution who previously worked as a state department adviser on Libyan policy and other issues. “They started taking direct action, and it is a decision they must have made with awareness and a certain resignation.”

Photo: Soldiers paid their respects at a military ceremony in the Libyan city of Weshtata on Sunday after 15 soldiers were killed in an attack on an army checkpoint.