Assad won’t give up his chemical stockpile; ex general 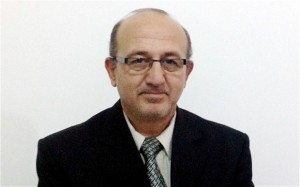 President Bashar Assad will never give up his chemical stockpile or reveal where the deadly agents are, a Syrian general who defected warned.

Brig. Gen. Zaher al-Sakat told CNN while the locations of most of the scientific research centers and storage facilities in the country are known, the Syrian leader will not give up his chemical stockpile and is instead transporting the toxic material to four secret locations in the country as well as to Lebanon and Iraq.

Similar claims were made by Gen. Salim Idriss, commander of the Free Syrian Army, in a previous CNN interview.

Syrian opposition intelligence operatives recently monitored “28 large trucks moving from Jdeedet Yabous toward Lebanon, then to Hezbollah,” al-Sakat said. More than 50 heavily guarded trucks were spotted moving in the direction of Iraq, he said. The trucks were not attacked “so as not to spread chemical weapons or agents,” he said.

Al-Sakat said prior to his defection, he was ordered to use phosgene, a chemical first used in World War I that causes respiratory problems, against civilians.

“I replaced it with diluted bleach and buried those lethal agents in the ground,” he said.

Since the uprising began in March 2011, three kinds of chemical agents have been used, al-Sakat said.

“First, the non-lethal harassing agents that were used in the beginning of the protests and were fired by automatic weapons and bombs to disperse the protesters.”

The second kind, he said, were “incapacitating agents that were used in land mines, which would produce a cloud of gas that spreads in an area, harming civilians.”

The third kind, he said, were “lethal agents such as sarin and VX [that] were used, loaded into mortar shells, cruise missiles and the weapon bays of fighter jets.”

Assad is the only person who can authorize the use of chemical weapons, he said.

Al-Sakat, currently residing in Jordan, told The Washington Post last week he has become a target for assassination by the regime because of his disclosures.