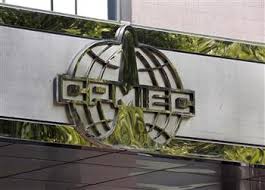 Turkey said on Monday it could still reconsider its decision to co-produce a long-range air and missile defense system with a Chinese firm currently under U.S. sanctions, but said it felt no obligation to heed other countries’ blacklists.

Turkey’s Defense Ministry announced last week it had chosen the FD-2000 missile defense system from China Precision Machinery Import and Export Corp, or CPMIEC, over rival systems from Russian, U.S. and European firms. Turkey is a member of the NATO transatlantic military alliance.

“We do not consider anything other than Turkey’s interests,” Turkish Deputy Prime Minister Bulent Arinc told reporters.

“It is not possible for another country to say, ‘I have a problem with them, I had put them on a black list, a red list, how could you give them a tender?'” said Arinc, who also serves as the government’s spokesman.

CPMIEC is under U.S. sanctions for violations of the Iran, North Korea and Syria Nonproliferation Act, and the United States has expressed “serious concerns” over Turkey’s decision. NATO sources said collaboration with China on the system could raise questions of compatibility of weaponry and of security.

Arinc did not single out the United States in his criticism, saying comments from U.S. officials about the decision had been “respectful”, but reiterated that Turkey did not need to consult on matters of domestic defense.

“We are a member of NATO and we have had good relations from the beginning with NATO countries, especially the United States. However, when it comes to the subject of defending Turkey … we have the power to take a decision without looking to anyone else,” he said.

Arinc said that while the deal had not yet been completed, the initial selection had been based on the Chinese offer being the most economical and because some of the production would be carried out in conjunction with Turkey.

In Washington, State Department spokeswoman Jen Psaki said the United States has made clear its concerns to Turkey at a high level.

“We have conveyed our serious concerns about the Turkish government’s contract discussions with the U.S.-sanctioned company for a missile defense system that will not be inter-operable with NATO systems or collective defense capabilities,” Psaki told a daily briefing for reporters. “Our discussions will continue.”

Psaki said the United States had taken note of comments by Turkey that the deal was not yet final. If a deal was finalized “then we will talk about that at that point,” Psaki added.

President Abdullah Gul was quoted by the English-language Hurriyet Daily News as saying: “The purchase is not definite. … There is a short list and China is at the top of it. We should look at the conditions, but there is no doubt that Turkey is primarily in NATO.”

Some Western defense analysts have said they were surprised by Turkey’s decision, having expected the contract to go to Raytheon Co, a U.S. company that builds the Patriot missile, or the Franco/Italian Eurosam SAMP/T.

The United States, Germany and the Netherlands each sent two Patriot batteries and up to 400 soldiers to operate them to southeastern Turkey early this year after Ankara asked NATO for help with air defenses against possible missile attacks from Syria.

Turkey has long been the closest U.S. ally in the Middle Eastern region, bordering during the Cold War on the Soviet Union. The U.S. military exercised great influence over a Turkish military that strongly influenced domestic politics.

Under Prime Minister Tayyip Erdogan, elected in 2002, the role of the Turkish military in politics has been curbed. Political and military relations between Ankara and Washington, while still close, play a less central role, and this could be reflected in procurement policy.

A source familiar with the competition said Turkey could still back away from its decision, describing Thursday’s announcement as a “selection”, not an actual contract award.

The next step was for Turkey to actually negotiate the terms of the deal with the Chinese provider, which could present opportunities to back away from the deal, said the source, adding that U.S. government and industry officials had not received any advance notice about Turkey’s intentions.

Raytheon and other losing bidders hope to receive a briefing on the decision, but those meetings have not yet been scheduled. Industry executives hope to schedule those meetings this week.

Industry experts also said the decision appeared to have been based on cost, but they did not expect Raytheon to offer significant price concessions to secure the deal, given its big backlog of orders from other countries for the Patriot system and other missile defense equipment.

Asked about Turkey’s decision, a NATO official said it was up to each nation to decide what military capabilities they acquire but that it was also the alliance’s understanding the Turkish decision was not final.

“However, it is important for NATO that the capabilities allies acquire are able to operate together,” the official said.