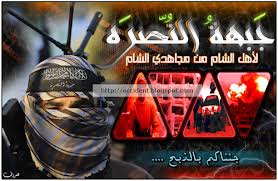 As diplomats at the United Nations push for a peace conference to end Syria’s civil war, a collection of some of the country’s most powerful rebel groups publicly abandoned the opposition’s political leaders, casting their lot with an affiliate of Al Qaeda.

As support for the Western-backed leadership has dwindled, a second, more extreme Al Qaeda group has carved out footholds across parts of Syria, frequently clashing with mainline rebels who accuse it of making the establishment of an Islamic state a priority over the fight to topple President Bashar al-Assad.

The fractured nature of the opposition, the rising radical Islamist character of some rebel fighters, and the increasing complexity of Syria’s battle lines have left the exile leadership with diminished clout inside the country and have raised the question of whether it could hold up its end of any agreement reached to end the war.

The deep differences between many of those fighting in Syria and the political leaders who have represented the opposition abroad spilled into the open late Tuesday, when 11 rebel groups declared that the opposition could be represented only by people who have “lived their troubles and shared in what they have sacrificed.”

Distancing themselves from the exile opposition’s call for a democratic, civil government to replace Mr. Assad, they called on all military and civilian groups in Syria to “unify in a clear Islamic frame.” Those who signed included three groups aligned with the Western-backed opposition’s Supreme Military Council.

Mohannad al-Najjar, an activist close to the leadership of one of the statement’s most powerful signers, Al Tawhid Brigade, said the group intended to send a message of disapproval to an exile leadership it believes has accomplished little.

“We found it was time to announce publicly and clearly what we are after, which is Shariah law for the country and to convey a message to the opposition coalition that it has been three years and they have never done any good for the Syrian uprising and the people suffering inside,” he said.

The statement was issued just as Western nations are striving to raise the profile of the “moderate” Syrian political opposition, which is led by Ahmad al-Jarba. The United States and its allies have been reluctant to fully align with and arm the rebels because their ranks are heavily populated by Islamists.

France has scheduled an event on Thursday on the sidelines of the United Nations General Assembly at which Mr. Jarba is to speak along with foreign ministers who have backed him, including Secretary of State John Kerry.

There was no immediate comment from Mr. Jarba, whose coalition is formally known as the National Coalition of Syrian Revolutionary and Opposition Forces. Mr. Jarba canceled a news conference that had also been scheduled for Thursday.

A senior State Department official who accompanied Mr. Kerry to the United Nations meetings this week said that the United States was still trying to strengthen Mr. Jarba’s coalition and suggested that some of the factions that had broken with him might include extremists.

“We, of course, have seen the reports of an announcement by some Islamist opposition groups of their formation of a new political alliance,” the State Department official said.

“As we’ve already said clearly before, we’ve been long working toward unity among the opposition,” the official added. “But we also have had extreme concerns about extremists.”

Another American official, speaking on the condition of anonymity because he was discussing internal deliberations, said that the coalition had recently made “real progress” in broadening its base by including an array of Kurdish parties as well as members of local councils in “liberated” areas of northern and eastern Syria.

But the official acknowledged that the coalition had more to do to build up its credibility inside the country since its headquarters are in Turkey and not Syria.

The latest split in the opposition emerged as the United States, Russia and other permanent members of the United Nations Security Council were making progress on another front: drafting a Council resolution that would enforce an agreement on eliminating Syria’s vast chemical weapons arsenal.

A Western diplomat said that about 80 percent of the resolution had been agreed to and that he was “cautiously optimistic” it would be settled this week.

The rifts between the exile opposition and those fighting Mr. Assad’s forces inside Syria have raised questions about whether the opposition’s political leadership has sufficient influence in the country to hold up its end if an agreement was ever reached to end the civil war.

“At this stage, the political opposition does not have the credibility with or the leverage over the armed groups on the ground to enforce an agreement that the armed groups reject,” said Noah Bonsey, who studies the Syrian opposition for the International Crisis Group.

“You need two parties for an agreement, and there is no viable political alternative to the coalition,” he said, defining a disconnect between the diplomatic efforts taking shaping in New York and the reality across Syria.

Inside Syria, rebel groups that originally formed to respond to crackdowns by Mr. Assad’s forces on political protests have gradually merged into larger groupings, some commanded and staffed by Islamists. But differences in ideology and competition for scarce foreign support have made it hard for them to unite under an effective, single command.

Seeking to build a moderate front against Mr. Assad, Western nations encouraged the formation of the opposition political coalition. Even though some of its leading members like Mr. Jarba have been imprisoned by the Assad government, the coalition has loose links to many of the rebel fighters on the ground.

“The brigades that signed have political differences with Nusra, but we agree with them militarily since they want to topple the regime,” said a rebel, who gave his name as Abu Bashir.

A coalition member and aide to Mr. Jarba said the opposition was still studying the development but was surprised at some of the groups that had signed on with Al Nusra Front.

“The Islamic project is clear and it is not our project,” said the coalition member, Monzer Akbik. “We don’t have a religious project; we have a civil democratic project, and that needs to be clear.”

Further complicating the picture is the rise of the new Qaeda franchise, the Islamic State in Iraq and Syria — or ISIS, which has established footholds across northern and eastern Syria with the intention to lay the foundations of an Islamic state.

In recent months, it has supplanted Al Nusra Front as the primary destination for foreign jihadis streaming into Syria, according to rebels and activists who have had contact with the group.

Its fighters, who hail from across the Arab world, Chechnya, Europe and elsewhere, have a reputation for being well armed and strong in battle. Its suicide bombers are often sent to strike the first blow against government bases.

But its application of strict Islamic law has isolated rebels and civilians. Its members have executed and beheaded captives in town squares and imposed strict codes, forcing residents to wear modest dress and banning smoking in entire villages.