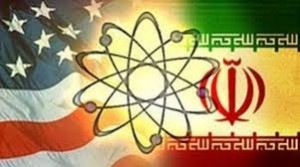 After balking at President Barack Obama’s plan to attack Syria, the U.S. Congress is also stirring in opposition to his latest foreign policy goal: an effort to improve relations with Iran.

Congress imposed sanctions that are damaging the Iranian economy and, according to U.S. officials, are responsible for a moderate tone from Iran’s new leadership, which will restart talks this week over its nuclear program.

U.S. lawmakers have the power to lift sanctions if they think Tehran is making concessions and scaling back its nuclear ambitions, but many Republicans and some of Obama’s fellow Democrats are skeptical about a charm offensive by new President Hassan Rouhani.

“We need to approach the current diplomatic initiative with eyes wide open, and we must not allow Iran to use negotiations as a tool of delay and deception,” Republican Senators John McCain, Lindsey Graham, and Kelly Ayotte said in a statement.

Many U.S. lawmakers are deeply supportive of Israel and suspect Iran is trying to build a nuclear weapons capability, one of the few areas where bitterly divided Republicans and Democrats agree on policy.

“Congress has no stake in giving Iran the benefit of the doubt, period. And until they see something quite dramatic on the part of the Iranians, they won’t,” said Aaron David Miller, a former senior State Department official now at the Woodrow Wilson Center in Washington.

The Senate and House of Representatives have passed repeated packages of tough sanctions on Iran. Obama has the legal right to waive most of them for 120 days, and then another 120 days, as an option if nuclear negotiations with Iran, which begin on Thursday, are going well.

In a speech to the United Nations General Assembly, Obama said he was determined to test President Rouhani’s recent diplomatic gestures and challenged him to take concrete steps toward resolving Iran’s long-running nuclear dispute with the West.

“Conciliatory words will have to be matched by actions that are transparent and verifiable,” Obama told the annual gathering of world leaders in New York.

In the event Obama were to temporarily waive sanctions, however, it could worsen already bad relations with Congress, which pushed back against the administration, expressing serious misgivings earlier this month about a planned U.S. attack on Syria for its alleged use of chemical weapons.

Lawmakers ended up not taking a vote on Syria, perhaps saving Obama from an embarrassing defeat, but now the White House is at odds with Republican fiscal conservatives in Congress over a possible government shutdown and the debt ceiling.

Failure by Obama to rein in sanctions hawks in Congress could hinder talks on Iran’s nuclear program, which Tehran says is peaceful.

Rouhani hinted at that problem in a speech to the U.N. General Assembly on Tuesday.

He called for “a consistent voice from Washington” and expressed hope Obama would not be swayed by “war-mongering pressure groups” in dealing with the Iranian nuclear issue.

The Senate Banking Committee is expected soon to begin debating its version of a new package of sanctions that easily passed the House of Representatives in July. The House bill would cut Iran’s crude exports to global customers by an additional 1 million barrels per day in a year, on top of U.S. and European Union sanctions that have about halved Tehran’s oil sales since 2011.

Deeper cuts in Iran’s oil sales could worsen the damage Western sanctions have already done to Iran’s economy, which suffered a loss of about $26 billion in petroleum revenue in 2012, soaring inflation, and a devaluation of its currency, the rial.

“Through crippling economic sanctions we can continue to increase the pressure on the regime, targeting its ability to pursue a nuclear weapons capability,” Royce said in a statement.

Menendez was unimpressed with the U.N. speech by Iran’s new president.

“While I welcome the statement by President Rouhani that Iran is seeking a peaceful and diplomatic path, I was disappointed by the overwhelmingly antagonistic rhetoric that characterized his remarks,” he said.

“We all agree that Iran should not perceive any weakness as a result of our differences over Syria policy,” they said in a letter released while Obama delivered his address to the U.N. General Assembly in New York.