Karami : Who is Geagea anyway? 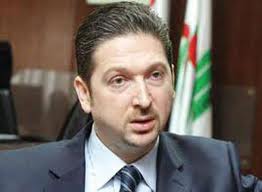 Caretaker Sport and Youth Minister Faisal Karami a staunch ally of the Syrian regime slammed the leader of the Lebanese Forces, Samir Geagea, saying that he should not enjoy a decisive role regarding national dialogue.

“Dialogue died before it was born when it became hostage to the stances of Geagea and his approval,” Karami said during a meeting with residents of Doniyeh in North Lebanon on Sunday.

“How does the ruling political class, and all those responsible for dialogue, allow Geagea to have a decisive say in that matter? Who is Geagea anyway to be given that much importance?”

The minister went on to question the usefulness of dialogue “that waits for Samir Geagea to say the precious [word], and to say ‘yes’ or ‘no’.”

Last month, Speaker of Parliament Nabih Berri put forward a new national dialogue proposal, calling on the political parties to discuss the pending issues in a closed-door dialogue session that would last for five days – a move that the LF leader said would not lead to “any actual results as previous experience has shown.” A possible reference to Hezbollah’s reneging on the agreement reached during the 2006 dialogue talks and the agreement reached in 2012 over the adoption of the Baabda Declaration which dissociates Lebanon from the events in Syria.

But Geagea told the Central News Agency on September 19 “as long as everyone backed the initiative for national dialogue, then let it convene and we’ll approve anything that (the Lebanese officials) agree to on condition they be constitutional and abide by the laws.”