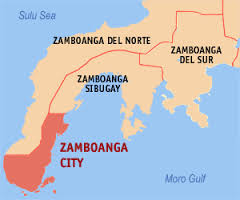 As Philippine security forces rescued scores of hostages held by Muslim rebels in a southern city, the rebels struck back by taking the local police chief captive Tuesday.

Senior Superintendent Jose Chiquito Malayo was negotiating with the rebels for the release of more civilians Tuesday morning “when he was himself abducted at gunpoint and held hostage by the rebel group,” the Philippine National Police said.

His capture took place in a coastal area of mangroves near Zamboanga City, a major trading hub that has been paralyzed for the past nine days by the chaotic hostage crisis. “Pursuit operations” are under way to rescue him, police said.

The setback came on the same day that Philippine authorities announced significant progress against the rebels. Military officials said more than 120 hostages had been freed in the past 24 hours.

It was unclear how many people remained captive. 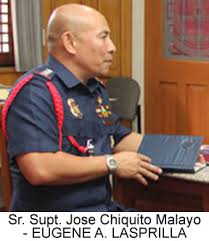 The Philippine armed forces have been carrying out an operation to try to “constrict” the rebels, who came ashore early last week and took as many as 180 hostages in several coastal districts. Military attack helicopters fired rockets at rebel positions Monday.

The recent violence has significantly disrupted life in Zamboanga, a mainly Christian city on the southwestern tip of Mindanao, the southernmost island in the Philippines.

The crisis has increased fears of instability in a region where the Philippine central government is pursuing a new peace plan after decades of unrest.

Authorities estimate the violence has left more than 100 people dead, most of them rebels, and displaced more than 80,000 residents.

Military officials say they have captured scores of rebels and handed them over to police.

The unrest has also closed schools and businesses. Hundreds of houses have caught fire during the fighting. Authorities have accused the rebels of deliberately starting the fires.

The rebels are believed to be a faction of the Moro National Liberation Front, a separatist movement founded in 1971 by Nur Misuari with the aim of establishing an autonomous region for Muslims in the mainly Catholic Philippines. The MNLF signed a peace deal with the central government in Manila in 1996, but some of its members have broken away to continue a violent campaign.

Last month, Misuari issued a “declaration of independence” for the Moro nation — referring to Mindanao’s indigenous Muslim population — after complaining that the MNLF had been left out of a recent wealth-sharing agreement with another insurgent group, the Moro Islamic Liberation Front, which has fought for decades to set up an independent Islamic state on resource-rich Mindanao.