US Senator wants to ‘pursue Assad for war crimes’ 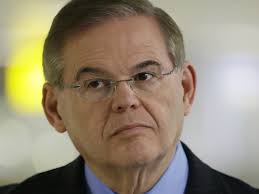 Menendez expressed support for increasing U.S. assistance for “vetted, moderate Syrian opposition” forces and said the Obama administration should keep the threat of force on the table as it tries to convince the Syrian government to get rid of its chemical weapons.

The senator added that President Obama’s approach to Syria will send a message to leaders in Iran and North Korea: “Do not think about marching towards nuclear weapons.”