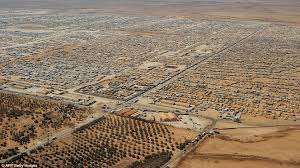 More than 2,100 Syrian officers have fled to Jordan since the start of the conflict in their country in 2011, the kingdom’s interior minister said in remarks published on Sunday.

“The kingdom will remain a safe heaven for everyone but this will not be at the expense of Jordan’s safety and stability. Jordan has the ability to deal with the situation in a balanced manner.”

Amman and the United Nations put the number of refugees in Jordan at more than 500,000, although the kingdom says 1.2 million Syrians are living in the country, including those from before the conflict.

“If a military strike against Syria takes place, the biggest threat would be mass exodus to Jordan,” Majali said.

The northern Zaatari camp near the border with Syria is home to more than 130,000 refugees.

Over two million people have fled Syria since the war broke out there in 2011, mostly to neighboring Lebanon, Turkey, Jordan and Iraq.

The United States and Russia on Saturday concluded three days of talks in Geneva with an ambitious agreement to dismantle and destroy Syria’s chemical weapons arsenal by mid-2014.

It gives Syrian President Bashar al-Assad a week to hand over details of his regime’s stockpile of the internationally banned arms in order to avert unspecified sanctions and the threat of U.S.-led military strikes.