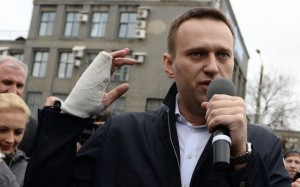 As Muscovites prepared Saturday to elect a mayor for the first time in a decade, many said they would support a controversial critic of Vladimir Putin who channels public anger against the Kremlin.

On Sunday, they will have to choose from six candidates including Kremlin-backed incumbent Sergei Sobyanin and the main opposition candidate Alexei Navalny, who has campaigned under the shadow of a five-year sentence on charges he condemned as politically motivated.

The candidacy of the 37-year-old anti-corruption blogger has made the race the first genuinely competitive Russian election since the heady first post-Soviet years, even if many harbour reservations about his tough anti-migrant rhetoric.

Kremlin-backed Sobyanin, 55, is expected to win with a majority, while Navalny is set to come second with around 20 percent, according to opinion polls. 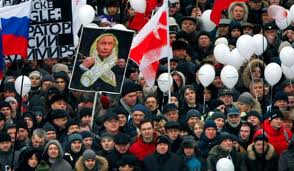 The vote will be seen as a crucial test of opinion in a city which was shaken by huge demonstrations against Putin’s decade-long rule in the winter of 2011-2012.

Moscow gave Putin a relatively low 46.95 percent of the vote in the May 2012 presidential election, well below the nationwide average.

Many Muscovites said Navalny, who shot to prominence during the protests, would never win the tightly-controlled poll, but they would still vote for him in protest at what they see as the Kremlin’s corrupt system.

“I may vote for Navalny although I do not like him,” said Irina Shteinman, 60. “I will vote against Sobyanin rather than for Navalny.”

“I will not vote for Sobyanin because he represents the current regime which I do not like because of corruption and suppresion of civil liberties,” added Konstantin Indukayev, 71.

Navalny has run Russia’s first Western-style campaign that he said was inspired by American television series like the Wire.

He mustered the support of thousands of volunteers and 100 million rubles ($3 million) in donations despite repeated harassment from the authorities including threats to disqualify him.

Despite his growing popularity, his tough anti-migrant rhetoric does not sit well with many and some say they are not convinced he’s well-suited for the role of Russia’s democratic opposition leader.

Nadezhda Gritskevich, a young electro singer who goes by her stage name Naadia, said she would vote for the opposition candidate anyway.

“I can’t say that I’m a huge fan of Navalny, but I have trust for the people around him. The campaign is amazing, something new for Russia,” she told AFP.

“What Navalny did is like a miracle — he brought people to the streets and they were talking to each other,” said Gritskevich, one of several singers who drummed up support for the blogger at the final rally of his campaign Friday night.

Despite Navalny becoming an increasingly visible presence in Russia’s politics, Putin still refuses to mention him by name and refers to him as “this gentleman.”

The Russian president made no secret of his support for his former chief of staff Sobyanin, praising him profusely in an interview ahead of the poll.

“He speaks less and does more,” Putin told state Channel One television. “I love such people.”

Sobyanin was first appointed to the post in 2010 after then mayor Yury Luzhkov fell out with the Kremlin.

Earlier this year he called early elections in a move analysts said was designed to catch the opposition off guard and retain Kremlin’s control in the Russian capital as economic trouble looms ahead.

Throughout the campaign he has avoided overt political rhetoric and shunned television debates, instead focusing on sprucing up the city of 12 million.

Many say he’s done a lot for Moscow over the past few years and will be rewarded at the ballot box.

“I do not see a worthy candidate so I will probably vote for Sobyanin — he’s made an effort,” said Kamyshanov’s wife Olga, a 44-year-old teacher.

Muscovites will elect a mayor for the first time in a decade after the Kremlin first scrapped and then reinstated regional elections after the protests.
Fox /AFP