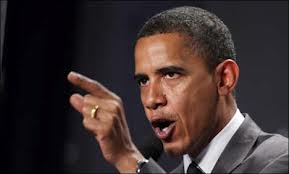 For more than a week, the White House had been barreling toward imminent military action against Syria. But President Barack Obama’s abrupt decision to instead ask Congress for permission left him with a high-risk gamble that could devastate his credibility if no action is ultimately taken in response to a deadly chemical weapons attack that crossed his own “red line.”

The stunning reversal also raises questions about the president’s decisiveness and could embolden leaders in Syria, Iran, North Korea and elsewhere, leaving them with the impression of a U.S. president unwilling to back up his words with actions.

The president, in a hastily announced statement Saturday in the White House Rose Garden, argued that he did in fact have the power to act on his own. But faced with the prospect of taking action opposed by many Americans, the commander in chief tried to shift the burden and instead round up partners on Capitol Hill to share in that responsibility.

“While I believe I have the authority to carry out this military action without specific congressional authorization, I know that the country will be stronger if we take this course, and our actions will be even more effective,” Obama said. “We should have this debate.”

The consequences for Obama’s turnabout could be sweeping, both at home and abroad. If Congress votes against military action, it would mark a humiliating defeat for a second-term president already fighting to stay relevant and wield influence in Washington. It could also weaken his standing internationally at a time when there are already growing questions about the scope of American influence, particularly in the Arab world.

But the White House sees potentially positive political implications in punting the strike decision to Congress. Obama could make good on the promises he made as a senator and presidential candidate, when he called for restraint and congressional consultation by White House’s seeking military force. And with the American public weary of war and many opposed to even modest military action against Syria, Obama could share with Congress the burden of launching an attack.

Obama’s advisers wouldn’t say what the president will do if Congress does not approve military action. If he presses on with military action despite their opposition, he would likely cast Congress as obstructionists allowing an autocrat to kill civilians without consequences.

“Here’s my question for every member of Congress and every member of the global community: What message will we send if a dictator can gas hundreds of children to death in plain sight and pay no price?” Obama asked Saturday.

It’s unclear how effective that approach would be given that Obama himself has been deeply reluctant to get involved in Syria’s lengthy civil war. More than 100,000 people have died in more than two years of clashes between the government and rebels seeking to overthrow Syrian President Bashar Assad. But Obama declared last year that the one thing that would cross his “red line” would be if Assad deployed his stockpiles of chemical weapons.

U.S. officials say that has now happened multiple times this year, most recently on Aug. 21 in the Damascus suburbs. According to the Obama administration, more than 1,400 people were killed by the deadly gases, including 426 children.

For Obama, the stakes for responding after the most recent attack were already heightened, not only because of the scope, but also because of the scant response from the White House to reports that Assad may have used chemical weapons earlier this year. While Obama approved shipments of light weaponry and ammunition for the rebel forces fighting Assad, the bulk of the arms are yet to arrive.

Throughout much of the last week, it appeared Obama was ready to make good on his promises to act in the face of chemical weapons use. Five Navy destroyers armed with Tomahawk cruise missiles were put on standby in the Mediterranean Sea. Defense Secretary Chuck Hagel declared that the military was “ready to go” once Obama gave the order. And the president dispatched Secretary of State John Kerry twice last week to make a vigorous and emotional case for a robust response to a reluctant public.

As the week dragged on, Obama’s international backing began to erode. Russia again opposed action against Syria, this time during private discussions involving the five permanent U.N. Security Council members. NATO declared that the alliance would not launch coordinated military action. And in the strongest blow for the White House, Britain’s Parliament voted against military action, a stunning defeat for Prime Minister David Cameron, a key ally who had expected to join Obama in taking military action.

Despite the setbacks, Obama and his team were prepared to move forward without any authorization from the U.N. and Capitol Hill. But on Friday, aides said the president simply changed his mind. After a long walk around the White House’s grounds with his chief of staff, Obama summoned some of his top aides and told them he now wanted to hold off on launching an attack until Congress had its say.

In shifting the debate to Capitol Hill, Obama is ensuring that a military strike will be pushed off for at least another week. Lawmakers aren’t due back from their summer recess until Sept. 9. House Speaker John Boehner, R-Ohio, said he expected the House to consider the force resolution that week. Senate Majority Leader Harry Reid said he, too, will hold a vote no later than the week of Sept. 9, with public hearings beginning next week.

Even before Congress decides, Obama will have to directly confront the international implications of his decision. He’s set to travel abroad next week for a visit to Sweden and a meeting of world leaders in St. Petersburg, Russia.

There, he’ll come face-to-face with Russian President Vladimir Putin, one of Assad’s strongest supporters. Putin, in a pointed jab, made a plaintive plea for Obama to take more time to consider the full implications of a strike on Syria, appealing, he said, not to another world leader, but to a Nobel Peace laureate.