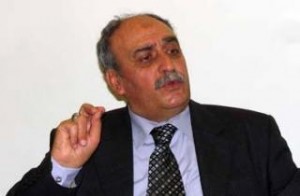 Hezbollah MP MP-Kamel-al-Rifai commented on the speech of Lebanon president Michel Suleiman during the ceremony marking the 68th anniversary of the Army Day , by saying: “We were surprised by the president’s speech which appears to have been influenced by the European Union decision to list Hezbollah as a terrorist organization.”

He told al Jamhouriah newspaper in remarks published on saturday : “We have a lot of reservations about his speech in which he appears to have retreated from his previous position of supporting the resistance. We were hoping he will salute the resistance for its victory against Israel during the month of August.”

He was referring to the July/ August 2006 war between Hezbollah and Israel. The Lebanese infrastructure was devastated during the war, but Hezbollah nevertheless declared the outcome ” a divine victory.”

He added: “Hezbollah will respond at the appropriate time to the speech directly and through the media.”

Rifai pointed out that the president’s speech could delay the dialogue talks that he called for and denied that Hezbollah is behind the obstacles facing the formation of the Lebanese cabinet .

Rifai’s comments come several rockets were fired Thursday evening. Two of them landed near the Lebanese Presidential Palace in Baabda, east of the capital Beirut.

Lebanon President Suleiman told the nation on Thursday , during the celebrations of the 68th anniversary of the founding of the army:

” The real martyr is only the one who dies for his country to defend its land and unity. The Lebanese people want sacrifices for Lebanon and not for another country.”

Suleiman, who has been calling for dialogue to discuss Lebanon’s defense strategy , based on the Baabda declaration criticized Hezbollah’s role in defending the Syrian regime.

“It has become urgent to study a defense strategy especially that the resistance’s arms have gone beyond Lebanon’s borders”. Hezbollah is usually referred to as the resistance.

The European Union decided  on July 22 to blacklist Hezbollah’s military wing as a terror group.