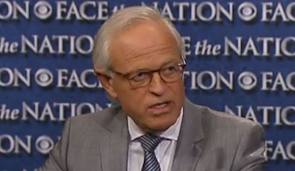 The talks, to begin Monday night at the State Department, will mark a resumption in the United States’s long-suffering attempts for a resolution in the region.

“It’s no secret that this is a difficult process,” Kerry said in the State Department briefing room. “If it were easy, it would have happened a long time ago. It’s no secret therefore that many difficult choices lie ahead for the negotiators and for the leaders as we seek reasonable compromises, on tough, complicated, emotional and symbolic issues.”

“The fact that later today Israeli and Palestinian negotiators will sit down in this building to resume final status negotiations after a three-year hiatus is testimony to your extraordinary, tireless efforts, backed by President Obama, to try to resolve this intractable conflict,” Indyk said as Kerry stood beside him.