Analysis: Global arms trade as seen through the Syria lens

by yalibnan
1329
To understand the global arms markets we must first understand some critical things about the nature of weapons.
Share: 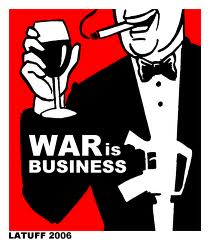 By Scott Stewart
The many and diverse efforts to arm the various actors in the Syrian civil war are really quite amazing to watch. These efforts are also quite hard to decipher — and intentionally so — since many of the arms transfers occur on the murky gray and black arms markets. Indeed, it is quite doubtful that anyone, whether Syrian intelligence, the Russian Foreign Intelligence Service or the CIA really has a complete picture of all the channels used to funnel arms into the conflict. Certainly, I cannot hope to catalogue all of them here. However, the efforts to arm all of the factions fighting in Syria do provide a great opportunity to discuss the global arms trade and its various facets.

The Nature of Weapons

To understand the global arms markets we must first understand some critical things about the nature of weapons. First of all, it is important to realize that weapons are durable goods. While certain types of weapons and weapon components have a limited shelf life — such as battery-coolant units for the FIM-92A Stinger missile — numerous other weapons remain functional for many decades. It is not unusual to find a militant or a soldier carrying an AK-47 assault rifle manufactured before he was born — and in many cases even before his father was born.

Because of this durability, weapons provided to the anti-Soviet fighters in Afghanistan in the 1980s are still being used against coalition troops in Afghanistan. But 1980s-era weapons are not the only durable weapons in the theater: The Taliban is also attacking coalition forces in Afghanistan with British Lee-Enfield rifles sent to South Asia during the Victorian era. These antique main battle rifles with their larger cartridges and longer barrels have a demonstrated ability to engage targets at longer distances than the more modern AK-47.

But Afghanistan is not the only place where the durability of weapons is seen. Weapons provided by the United States and the Soviet Union to rebels and governments during Central America’s civil wars are still making their way into the arsenals of Mexican drug cartels, and M-40 recoilless rifles provided by the United States to the government of Libya before Moammar Gadhafi’s 1969 coup proved to be a very effective weapons system in the battle of Misurata, and today are being shipped from Libya to the rebels in Syria.

Sometimes, weapons can even outlast the countries that manufactured them. East German MPiKMS and MPiKM assault rifles are still floating around the world’s arms markets more than two decades after the German Democratic Republic ceased to exist.

It is important to recognize that ammunition is also an important facet of the global arms trade. Ammunition tends to be less durable than weapons, and is also consumed at high rates. This means that while weapons are durable, they can only remain functional if sufficient supplies of the appropriate ammunition are available. One of the reasons weapons like the AK-47 have proliferated so widely is the ease and low cost of finding compatible ammunition for the rifles. In the case of Syria, the rebels can both purchase ammunition for weapons like the AK-47 and seize it from the government.

Weapons are also goods that tend to retain their value and are easily converted to cash. Combined with their durability and fungibility, this explains why they so readily flow to conflict zones where there is an increased demand for them. Buying weapons from a place where there is an oversupply and then selling them in a place where there is a heavy demand can be highly lucrative. After the fall of the Soviet Union, arms merchants like Viktor Bout became incredibly rich buying excess Soviet weapons for very low prices in places like Ukraine and selling them for much higher prices in places like Liberia. In addition to cash, guns can also be exchanged for commodities such as diamonds, drugs and even sugar. 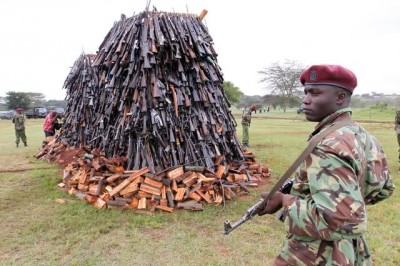 There are three general types of markets for arms. The first is the legal arms market, where weapons are bought and sold in accordance with national and international law. The legal arms market also includes military aid sent by one government to another in accordance with international law. The parties in a legal arms deal will file the proper paperwork, including end-user certificates, noting what is being sold, who is selling it and to whom it is being sold. There is a clear understanding of who is getting what and under what conditions.

The second arms market is that involving illicit, or gray arms. Gray arms transactions involve a deceptive legal arms transaction in which legally purchased arms are shifted into the hands of someone other than the purported, legal recipient. One of the classic ways to do this is to either falsify an end-user certificate, deceiving the seller, or to bribe an official in the purported destination country to sign an end-user certificate but then allow the shipment of arms to pass through his country to a third location. This type of transaction is frequently used in cases where there are international arms embargoes against a particular country (like Liberia) or where it is illegal to sell arms to a militant group such as the Revolutionary Armed Forces of Colombia.

In one example of a gray arms deal, Ukrainian small arms were sold to Ivory Coast on paper but were then transferred in violation of U.N. arms embargoes to Liberia and Sierra Leone. Another example occurred when the government of Peru purchased thousands of surplus East German assault rifles from Jordan on the legal arms market ostensibly for the Peruvian military. Those rifles then slipped into the gray arms world and were dropped at airstrips in the jungles of Colombia for use by the Revolutionary Armed Forces of Colombia.

The third market is the illegal, or black arms market. In this market, the weapons are clearly transferred in violation of national and international law and there is no attempt to cover the impropriety with devices such as forged end-user certificates. Black arms transfers can involve regimes, such as when the Gadhafi regime in Libya furnished weapons to terrorist groups like the Abu Nidal Organization or the Provisional Irish Republican Army. Nation-states will often use the gray and black arms markets in order to deniably support allies, undermine opponents or otherwise pursue their national interests. This was clearly revealed in the Iran-Contra scandal of the mid-1980s, though Iran-Contra only scratched the surface of the untold tons of arms that were smuggled during the Cold War. But other times, the black arms market can involve non-state actors or even organized crime groups. The transfer of Libyan weapons from militia groups to Tuareg rebels in Mali or of weapons from the conflicts in the Balkans to criminals in Europe exemplify this.

Some weapons are also made in an unregulated manner, such as the homemade rockets and mortars made by Palestinian militant groups or the Syrian resistance. The cottage industry of illicit arms manufacture in Darra Adam Khel Pakistan has long supplied militants and tribesmen on both sides of the Pakistan-Afghanistan border.

Currently, Syrian President Bashar al Assad’s regime is being supplied through the legal arms market by Russia. At the same time, they are being supplied by Iran, but since Iran is forbidden from exporting weapons under U.N. Resolution 1747, these transactions are illegal or occurring on the black arms market.

Similarly, the Iranian and Syrian weapons provided to the al Assad regime’s ally, Hezbollah, are illegal under U.N. Resolution 1701. Advanced Chinese weapons have also found their way into Hezbollah’s arsenal, such as the C-802 anti-ship missile used in a July 2006 attack on the Israeli corvette Hanit. It appears Hezbollah received these weapons from Iran, which has purchased some of the missiles from China and manufactured its own copies of the missile.

The rebel groups in Syria are quite fractured. The weapon flows to these groups reflect this diversity, as do the number of different actors arming them. To date, the United States and EU countries have resisted directly arming the rebels, but covert efforts facilitate the flow of arms from other parties to the rebels have been going on for well over a year now.

One of the functions of the U.S. presence in Benghazi, Libya, was to help facilitate the flow of Libyan arms to Syrian rebels. From the American point of view, sending weapons to Syria not only helps the rebels there, but every SA-7b shoulder-fired surface-to-air missile sent to Syria to be fired at a regime helicopter or MiG fighter is one less missile that can find its way into the hands of militants in the region. Promoting the flow of weapons out of Libya to Syria also makes weapons in Libya much more expensive, and can therefore reduce the ability of local militia groups — or regional militant groups such as al Qaeda in the Islamic Maghreb or Boko Haram — to procure weapons from Libya.

Even though the U.S. and Turkish governments are involved in the process of passing arms from Libya to Syria, it is nonetheless a black arms channel. The Austrian Steyr Aug rifles and Swiss-made hand grenades in rebel hands were purchased by Saudi Arabia and the United Arab Emirates through legal channels but then diverted to the Syrian rebels several years later via black market channels. I have not seen any of the documentation pertaining to the Croatian weapons sold to Saudi Arabia and then channeled to the Syrian rebels via Jordan, so it is difficult to judge if they were arms sold legally to the Saudis and then diverted via an illicit gray arms transaction or if the entire transfer was clandestine and hidden in black arms channels.

As one steps back and looks at the big picture, it becomes clear that as these diverse channels move instruments of war into Syria, their individual themes are being woven together to orchestrate a terrible symphony of death. It may be years before the symphony is over in Syria, but rest assured that shortly after its final crescendo, economic forces will work to ensure that the durable and fungible weapons from this theater of war begin to make their way to the next global hotspot.