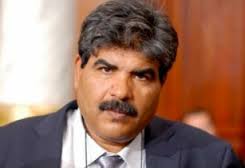 Tunisia, birthplace of the Arab Spring revolutionary movement, was plunged into a new political crisis on Thursday when assassins shot an opposition party leader outside his home in a hail of gunfire.

It was the second political assassination in Tunisia since February, and quickly incited protests blaming Ennahda, the moderate Islamist party that leads the government. Crowds of protesters gathered outside the offices of the Interior Ministry in Tunis, the capital, calling on Ennahda to relinquish power, and security forces were deployed to contain them.

The Associated Press reported that protests had erupted in other cities, including Sidi Bouzid, the impoverished town where the Tunisian revolution began, and in the nearby town of Meknassi, where angry demonstrators burned down the local Ennahda headquarters.

Ennahda issued a statement calling the assassination “cowardly and despicable.” The leader of Ennahda, Rachid al-Ghannouchi, said on Tunisian radio: “This is a crime against the democratic transition of Tunisia. The classic question is, Who is behind this? I don’t think that any political party would want this.”

TAP, Tunisia’s official news agency, said the victim, Mohamed Brahmi, 58, leader of the Arab nationalist People’s Party, was felled by several bullets outside his residence in Ariana, a suburb of Tunis. Other local Tunisian media said a pair of gunmen had shot Mr. Brahmi at least 11 times as he sat in a car with his daughter and that the killers escaped on a moped.

At a hospital where Mr. Brahmi’s body was taken, dozens of protesters gathered to denounce Ennahda. “Ghannouchi is an assassin!” said a woman draped in a Tunisian flag. Others shouted, “The Islamists are vampires!”

Noomen Toumi, one of the protesters at the hospital, said he believed Islamist extremists might have been behind the assassination of Mr. Brahmi. “It has to be someone who is against democracy,” he said.

The assassination, which coincided with celebrations for the 56th anniversary of Tunisian statehood after independence from France, came as Tunisia was still grappling with a democratic transition following the January 2011 revolution that toppled the country’s autocratic leader, Zine el-Abidine Ben Ali, and forced him into exile. The Tunisian revolution was the catalyst that spawned similar uprisings in Egypt, Libya, Yemen and Syria.

The new crisis in Tunisia came as uncertainty has been intensifying about the political future of Egypt, where three weeks ago the military deposed Mohamed Morsi, an Islamist who was the country’s first freely elected president.

The past two years have been anything but smooth in Tunisia, whose economy remains in deep crisis and where clashes between secularists and devout Islamists have been a recurrent theme. Ennahda has been widely criticized for failing to crack down on Islamist extremists who have been emboldened since the revolution.

Extremists also were blamed for the assassination of Chokri Belaid, another opposition leader, five months ago, which incited protests that led to government resignations.

The top human rights official at the United Nations, Navi Pillay, expressed shock at the killing of Mr. Brahmi and urged “the authorities to immediately launch a prompt and transparent investigation to ensure that the people who carried out this crime are held accountable.”

In what was clearly a criticism of the government, Ms. Pillay, the high commissioner for human rights, noted in a statement from her Geneva headquarters that the circumstances surrounding Mr. Belaid’s assassination had still not been established.

“The Tunisian authorities must take very serious measure to investigate these assassinations, identify the culprits and bring them to justice,” she said. “It is also crucial that they offer better protection to people who, like Mr. Brahmi, are clearly at risk.”