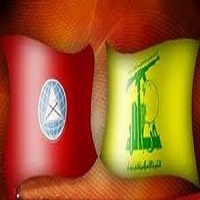 Future TV reported that “a meeting was held Wednesday evening between the leaders of the Progressive Socialist Party and Hezbollah in the Dhahia, a southern Beirut suburb.

PSP sources described the meeting as routine aimed at discussing the security situation in the country and finding solutions for the current crises over forming a new cabinet.

PM Designate Tammam Salam has been trying to form a cabinet of 24 ministers ( 8 each for the centrists, March 14 and March 8 blocs) for several months but the Hezbollah-led March 8 group is insisting on having a veto power in the cabinet. For this reason the country remains without a cabinet.

While Jumblatt has voiced his support for the Syrian rebels trying to overthrow the Syrian regime, Hezbollah fighters have been fighting for several months alongside the forces of Syrian president Bashar al Assad against the mostly Sunni rebels.