Kerry: Egypt may have averted civil war by ousting Morsi 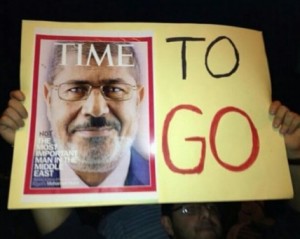 The military ousted Mr. Morsi on July 3. Neither the White House nor Mr. Kerry have publicly referred to the ousting as a coup. Doing so would require the halt of $1.5 billion in U.S. aid.

At a press conference with Jordanian Foreign Minister Nasser Judeh in Jordan, Mr. Kerry said that the White House conveyed to Cairo its “very deep concern” about the military ouster of Mr. Morsi and subsequent suspension of the country’s Constitution, United Press International reported.

But he also said that he’s not going to “rush to judgment” on the ouster, and instead “wait until our lawyers have done their homework,” UPI reported.

He also said, UPI reported: “What complicates it obviously is that you had an extraordinary situation in Egypt … of the potential of civil war and enormous violence, and now you have a constitutional process proceeding forward very rapidly.”

Mr. Judeh, meanwhile, said the ouster was not a coup.

He said that the military intervention was aimed at putting “the constitutional process back on tract. And I think that we’ve got to give them the benefit of the doubt. They know best. The military in Egypt has been the guarantor of peace and stability in many twists and turns in Egypt’s contemporary history,” UPI reported.

Photo: Nearly 22 million people have signed a petition to hold early presidential elections, in a campaign seeking to “remove confidence” in Egypt’s Islamist President Mohammed Morsi. Tamarod in its campaign to ouster Morsi used this Man of the year Time magazine cover which described Morsi as “the most important man in the Middle East”