Egypt: Time is not right to negotiate an IMF loan 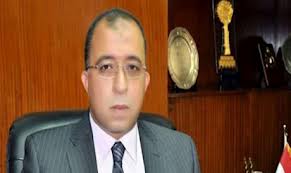 Aid from Arab states will carry Egypt through its transition period, and it does not need to restart negotiations with the IMF now, the man named planning minister in the interim government said on Monday.

Ashraf al-Arabi, a U.S.-educated economist who served in the same post under deposed President Mohamed Mursi until May, joins a government led by liberal economist Hazem el-Beblawi. Beblawi has named economists to several senior posts so far.

“The time is not appropriate to begin new negotiations with the IMF,” Arabi told reporters, announcing that he had accepted the post of minister of planning. “Arab aid will enable Egypt to get through the transitional stage in a good way.”

The army deposed President Mohamed Mursi on July 3 and has laid out a roadmap for an interim period leading to parliamentary elections in about six months.

Since Mursi was toppled, Saudi Arabia, the United Arab Emirates and Kuwait have offered Egypt $12 billion in cash, loans and fuel aid.

Egypt was negotiating with the IMF last year for a $4.8 billion loan program, but did not reach agreement despite months of negotiations. The Egyptian economy has been hit hard by street violence and political turmoil since a 2011 uprising against former leader Hosni Mubarak.

Arabi spent most of his career at Egypt’s National Planning Institute.