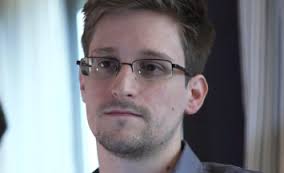 An Aeroflot plane en route from Moscow to Havana deviated from its course on Thursday, FlightAware live flight tracking indicated. The news sparked online speculation that NSA leaker Edward Snowden may have been aboard the aircraft.

A crew member told reporters upon arrival, however, that Snowden was not on board the flight.

Aeroflot 150 to Havana took off from Moscow’s Sheremetyevo airport at 14:10 pm local time (10:10 GMT) on Thursday and landed around 22:30 GMT. Whistleblower Edward Snowden has been holed up in the Russian airport for the past two weeks.

The flight route usually passes over Scandinavia and across Greenland before turning south over Canada and the United States. However, this time the flight headed west across Europe before continuing its path over the Atlantic Ocean.

The detour spawned speculation in the media and on Twitter that Snowden may have been aboard the plane, and that the aircraft may have been trying to avoid entering US airspace. Snowden is wanted in the US on charges of espionage for revealing secret NSA surveillance programs.

Referring to the flight detour, Sogrin said that “it is difficult to explain now” what exactly was behind the decision, but added that weather conditions or an issue with the flight schedule could be behind the move. In other words, if a flight is delayed, its route is sometimes changed in order to catch up with its expected landing time.

However, Thursday’s flight took off only five minutes later than scheduled, according to the Sheremetyevo airport website.

Aviation expert Chris Yates told RT that flying straight across the ocean might be a bit more risky than sticking to the traditional route.

“Westbound transatlantic flights take particular tracks that are determined by the weather conditions,” he said. “It is likely that Snowden is not on board that airplane, but that the North Atlantic Tracks have been moved South because of weather conditions prevailing over Greenland and part of Iceland at the moment,” Yates added.

When Snowden arrived in Moscow from Hong Kong over two weeks ago, the media thought that Snowden was on his way to Havana because he reportedly had a ticket to Cuba. The news caused quite a stir among journalists who rushed to get tickets on the same flight. However, Snowden never boarded the flight.

Snowden first fled the US for Hong Kong. He arrived in Russia on June 23 and has been trapped in the international transit zone of Moscow’s Sheremetyevo airport ever since.

The 30-year-old whistleblower has applied for asylum in over 20 countries around the globe. However, so far only three countries in Latin America – Venezuela, Bolivia and Nicaragua – have said they would grant asylum to the former CIA employee.