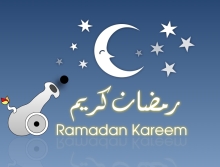 Dar al-Fatwa, the highest religious authority for Sunni Muslims in Lebanon, announced on Monday that Wednesday will be the first day of the holy month of Ramadan.

On the other hand Grand Ayatollah Muhammad Hussein Fadlallah’s Foundation announced last week that Tuesday, July 9 is the first day of the month of Ramadan.

The Higher Islamic Shiite Council which is the highest religious authority for Shiite Muslims in Lebanon did not confirm Fadlallah Foundation’s announcement and is probably awaiting the sighting of the new moon.

During Ramadan, Muslims fast from dawn to dusk and strive to be more pious and charitable.

The month begins with the sighting of the new moon, which varies from country to country.

Ya Libnan wants to wish all its Muslim readers Ramadan Kareem