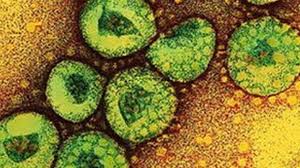 Saudi Arabia says two more people have died from a new respiratory virus related to SARS, bringing to 38 the number of deadly cases in the kingdom at the center of the growing outbreak.

The Saudi Health Ministry said the two died Saturday and that tests on 77 suspected cases yielded only three positive cases, two of them in Riyadh.

The new virus is related to SARS, which killed some 800 people in a global outbreak in 2003. It belongs to a family of viruses that most often cause the common cold.