US eyes security at embassy, consulates in Egypt 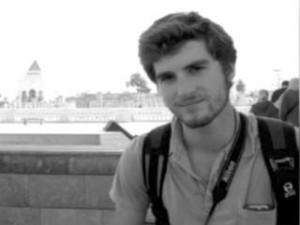 The United States is working to ensure its embassy and diplomats in Egypt are safe, President Barack Obama said Saturday after one American was killed and opposition groups vowed millions would march on Cairo in an effort to oust Egyptian President Mohammed Morsi.

The U.S. government was warning Americans to steer clear of Egypt if possible as violence continued unabated. The State Department confirmed a 21-year-old college student — Andrew Pochter of Chevy Chase, Md. — died a day earlier while photographing battles between supporters and foes of the Islamist president.

Obama said the U.S. was in direct contact with the Egyptian government about security arrangements and was planning ahead for larger protests over the weekend.

“We’re all looking at the situation there with concern,” Obama said. “Our most immediate concern with respect to protests this weekend has to do with our embassy and consulates.”

Rage in the streets as protesters stormed political offices in Egyptian cities has unnerved American diplomats, still reeling from the attack last year on a U.S. mission in Benghazi, Libya, that killed four Americans — including the ambassador. The Obama administration appeared eager to show it was leaving nothing to chance as Cairo braced for the one-year anniversary of Morsi’s taking power as Egypt’s first freely elected leader.

The Benghazi attacks had followed demonstrations hours earlier outside the U.S. Embassy in Cairo. The U.S. ambassador to the United Nations, Susan Rice, initially claimed the Benghazi incident was a copycat of the Cairo demonstrations — a claim that became a major political headache for Obama when it was later debunked.

Citing the challenges in fostering democracy in Egypt given its authoritarian past, Obama said the U.S. supports freedom of speech in Egypt and the right of protesters to peacefully assemble.

“We would urge all parties to make sure they’re not engaging in violence (and) police and military are showing appropriate restraint,” Obama said in Pretoria, South Africa, while on a weeklong trip through sub-Saharan Africa.

At least seven Egyptians have been killed and hundreds injured in days of clashes that have fed an impending sense of doom in Egypt. Thousands of Morsi’s supporters and opponents held rival sit-ins in separate parts of Cairo Saturday on the eve of planned, nationwide protests Sunday demanding he leave office.

The violence took a personal toll for the U.S. when Pochter, a student at Ohio’s Kenyon College with a keen interest in the Middle East, was killed Friday in Alexandria. The college said Pochter was a religious studies major working in Egypt as an intern for a non-profit education organization. An organizer for the school’s Middle Eastern Students Association, Pochter had hoped to learn fluent Arabic in the spring during a study-abroad program in Amman, Jordan.

“We extend our deepest condolences to his family and friends,” said State Department spokeswoman Marie Harf, adding that the U.S. was providing consular assistance from Cairo and Washington.

Warning of Molotov cocktails deployed by protesters and tear gas by police, the State Department urged Americans on Friday to forego all but essential travel to Egypt and moved to reduce the official U.S. presence in the country. Officials said they would allow some nonessential staff and the families of personnel at the embassy to leave the country until conditions improve.

Photo: College student Andrew Pochter 21 , of Chevy Chase, MD, a suburb of the US capital died Friday . He was killed in Egypt during violent clashes between government supporters and opponents. Pochter , who was in the country teaching English to children and improving his Arabic was reportedly stabbed in the chest in the coastal city of Alexandria.