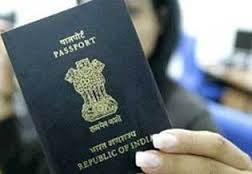 India has been put on a list of “high-risk” Asian and African countries whose citizens would be required to deposit £3,000 cash bond when they apply for a British visa.

The money would be forfeited if they overstay.

Controversially, the move is targeted only at people from non-white Commonwealth countries as part of the Tory-led government’s resolve to drastically cut down on immigration levels.

A similar attempt by Canada had to be abandoned amid protests that it was discriminatory.

According to The Sunday Times, the scheme — aimed at preventing abuse of immigration rules — will initially cover India, Pakistan, Bangladesh, Sri Lanka, Nigeria and Ghana.

“They have been designated ‘high-risk’ countries, from which visitors aged over 18 on six-month visit visas will be forced to pay the £3,000 from November. The countries are being targeted by the Home Office because of the high volume of visitor visa applications and relatively high levels of fraud and abuse,” it said.

The Home Office said these countries posed “the most significant risk of abuse” by their citizens.

Home Secretary Theresa May said the move was part of the government’s policy to make the immigration system “more selective.”

“This is the next step in making sure our immigration system is more selective, bringing down net migration from the hundreds of thousands to the tens of thousands while still welcoming the brightest and the best to Britain … In the long run, we are interested in a system of bonds that deters overstaying and recovers costs if a foreign national has used our public services,” she said.