Turkey: The perils of authoritarian overreaction

he past week has been a lesson in the perils and the apparent inevitability of overreach. The most eye-catching example has been in Turkey, where what began as a few people protesting against a planned shopping mall has burst into a mass revolt against Prime Minister Recep Tayyip Erdogan.

A second case, in Russia, has been on a much smaller scale but in some ways is more menacing: Sergei Guriev, one of Russia’s most respected economists and university leaders, has left the country, fearing arrest if he stayed.

What is striking about both episodes is how costly they are proving to be for the dominating leaders who have provoked them, and how easily it seems they might have been avoided.

Start with Turkey, where the government would prefer to build a luxury shopping mall in Taksim Square. But that obviously pales in comparison with the political damage being done to Mr. Erdogan by the escalating protests and police crackdown.

Likewise in Russia, where President Vladimir Putin would prefer to discourage academics – and everyone else – from speaking in support of declared enemies of the state, such as Mikhail Khodorkovsky, formerly Russia’s richest man, who is now in prison. But it is clear that the criticism provoked by Mr. Guriev’s self-exile has far outweighed any benefit Mr. Putin might derive from silencing a critic.

This is where the peril of authoritarian overreach comes in, even for Mr. Erdogan, whose willingness to repress dissent has not reached the level of Mr. Putin.

If you believe in democracy, the overreach of leaders is a good reminder that vigorous public debate and time-consuming due process are not only more fair and more just, but that over the long term they usually produce better government, too.

“For Erdogan, this was a mistake,” Daron Acemoglu, a Turkish-born professor of economics at the Massachusetts Institute of Technology, told me. “Once you become prime minister, you have only yes men surrounding you. You are more able to control power and to remove the checks and balances which exist. As that happens, the probability of mistakes increases.”

That is why a strong-willed leader can start out with good intentions – for example, to clean up corruption and inefficiency – but can be undermined by his own victories. Without the institutional restraints of a robust democracy and public criticism by a free media and political opposition, such a leader eventually becomes a blinkered one, unconcerned with anyone’s opinions, and certain he is always right.

The one source of criticism even the most repressive authoritarian leader cannot silence is the outside world. Autocrats are usually thin-skinned, and like to be admired, so, at least at first, they often seek to be praised abroad.

Eventually, however, most authoritarian rulers will continue to tighten their control at home, and not mind too much if that brings opprobrium from elsewhere. 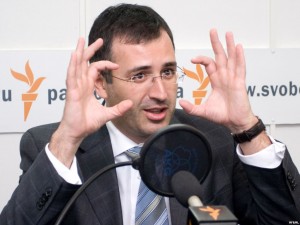 “The degree to which the [Russian] government does not care about what the West thinks is very unusual,” Mr. Guriev told me when I asked him why he had been forced abroad, given the negative publicity his departure provoked. “It looks like the political and economic reforms may be delayed indefinitely. In that sense, we are entering uncharted waters.”

If you believe in democracy, the overreach of leaders is a good reminder that vigorous public debate and time-consuming due process are not only more fair and more just, but that over the long term they usually produce better government, too.

But there is also a less uplifting lesson to draw from these episodes in Russia and Turkey – the impact of global capitalism on world democracy.

Western investment is usually assumed to walk hand-in-hand with the democratic values of its home countries, and indeed, opening an economy to outside money is one of the textbook steps in a shift from authoritarianism to an open society.

But when it comes to tough leaders who preside over economic growth – whether it is fuelled by oil, as in Russia, or the classic emerging-market shift up the value chain, as in Turkey – investment dollars may not come with very many values attached. That is particularly likely to be true at moments such as this one, when the markets are sloshing with money and are short of places to spend it.

“An authoritarian guy creating macro-stability in the short run can boost the economy for a while,” Prof. Acemoglu noted. “There is probably more room for that because there is so much money in the world right now. I don’t think investors are going to shun Turkey. They are going to come back. They don’t have so many options.”

First published in The Globe and Mail