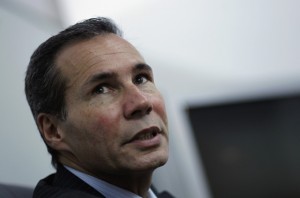 An Argentine prosecutor has accused Iran of establishing terrorist networks in Latin America dating back to the 1980s.

State prosecutor Alberto Nisman, who is investigating the 1994 bombing of a Jewish community centre in Buenos Aires that killed 85 people, accused Iran on Wednesday of “infiltrating” South America and setting up intelligence networks to carry out terrorist attacks in the region.

Nisman accused Mohsen Rabbani, Iran’s former cultural attache in Buenos Aires and a suspect in the bombing, of working continually over the last two decades to develop an intelligence network in Brazil, Paraguay, Uruguay, Chile, Colombia, Guyana, Suriname and Trinidad and Tobago.

Nisman said the attack that destroyed the Argentine-Israeli Mutual Association building was no isolated incident, but “part of a much larger plot, in which the role of Rabbani was not limited to Argentina but extended as far as Guyana, as well as being responsible for coordinating these activities across all of South America.”

“These are sleeper cells. They have activities you wouldn’t imagine. Sometimes they die having never received the order to attack,” Nisman said as he presented a 500-page indictment.

He said Iran has sought “to infiltrate the countries of Latin America and install secret intelligence stations with the goal of committing, fomenting and fostering acts of international terrorism in concert with its goals of exporting the revolution.”

The indictment now goes to the judge overseeing the case, Rodolfo Canicoba Corral. Nisman said he also sent copies to the countries he named, in keeping with Argentina’s international agreements, so that they too can take action.

The prosecutor has tried for years in vain to get Rabbani and other the suspects extradited to face trial in Argentina.

Iran denies any involvement in Argentina’s worst terrorist attack, but has agreed to set up a “truth commission” to facilitate Nisman’s taking their testimony in Tehran. Nisman said it is not his role to comment on that accord, which has been harshly criticised by Argentine Jewish leaders.

Argentine President Cristina Fernandez has close ties with other Latin American leaders who are on good terms with Tehran, such as Venezuela’s Nicolas Maduro and Ecuador’s Rafael Correa.

Her government had no immediate comment on Nisman’s report, which reinforced concerns voiced by Jewish leaders in Buenos Aires about the Argentine-Iranian commission.

The forming of the commission was seen as a diplomatic win for Iran as it confronts a US-led effort to isolate Tehran because of its nuclear program, which Western nations fear is aimed at attaining nuclear weapons.

Also on Wednesday, Canada said it will freeze all remaining trade with Iran to protest the Tehran’s nuclear ambitions and its human rights record.

Canada shut its embassy in Tehran in September 2012 and ordered Iranian diplomats to leave, accusing the country of being the most significant threat to world peace.