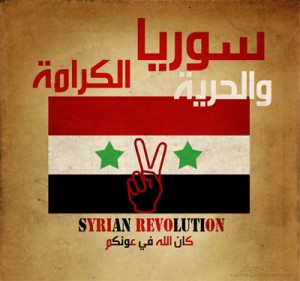 Rebels on the ground in Syria have launched a blistering attack on the Syrian opposition coalition outside the country.

A statement issued by the Revolutionary Movement in Syria said the coalition had failed to represent the Syrian revolution.

The criticism comes amid Russian and US efforts to arrange a conference on Syria in June.

An emergency UN debate on Syria is also due in Geneva on Wednesday.

The statement by grassroots opposition groups inside Syria says the National Coalition has allowed itself to be taken over by regional and international players.

Issued in the name of the Revolutionary Movement, it says the Coalition is incapable of fulfilling its duties due to chronic internal discord.

A meeting of National Coalition members in Istanbul has been marked by sharp divisions and a failure to agree on who should represent them at June’s conference.

The statement called for at least half the Coalition’s leadership bodies to be made up of “revolutionary forces”.

It is the clearest sign yet of the total disarray of the opposition leadership, as it faces the challenge posed by the Russian and American call to negotiate with the Syrian regime, says the BBC’s Jim Muir in Beirut.

Geneva debate
Member states of the UN Human Rights Council will consider a resolution on Wednesday condemning the presence of foreign fighters in Qusair, as fighting around the strategic town intensifies.

Foreign powers have been in dispute over the question of arming the warring parties in Syria.

The row has also overshadowed the US-Russian effort to arrange a conference in Geneva on ending their two-year conflict.

Wednesday’s debate at the UN’s top rights body will debate a draft resolution condemning the Syrian government’s use of “foreign combatants” in the besieged town of Qusair.

UN human rights commissioner Navi Pillay has warned that the violence has reached “horrific dimensions”, and the resolution before member states calls for immediate access for UN aid agencies.

The fact that Qatar – along with the US and Turkey – drafted the resolution reflects the deep divisions over Syria, says the BBC’s Imogen Foulkes in Geneva.

The “foreign combatants” are implied to be Hezbollah from Lebanon, who support the Syrian government – while Qatar is widely believed to be supporting opposition forces, some of them also foreign.

If there is one thing the Human Rights Council hopes to achieve, our correspondent says, it is a pause in the fighting around Qusair, where thousands of civilians are thought to be trapped.

But the council’s decisions are not binding – only the UN Security Council can order sanctions or peacekeepers, and those options look as far away as ever, she adds.

Separately, representatives from 40 countries are expected to attend a conference in the Iranian capital, Tehran, Iranian officials were quoted as saying in local media.

The meetings come amid fresh international tensions over the Syrian conflict following an EU decision not to renew an arms embargo on Syria – a position Washington has backed.

Though EU ministers said there were no immediate plans to arm rebels in Syria, the UK Foreign Secretary William Hague has insisted there is nothing to stop nations doing so before a 1 August EU review of the situation in the country.

In response, Russia – a key ally of Syrian President Bashar al-Assad – said it would go ahead with deliveries of S-300 anti-aircraft missiles to Syria, and that the arms would help deter foreign intervention.

The S-300 is a highly capable surface-to-air missile system that, as well as targeting aircraft, has the capacity to engage ballistic missiles.

This has in turn provoked the ire of Israel, which fears the weapons could end up in the hands of its enemy Hezbollah.

Israel has said it would intervene to stop this, and is widely believed to have already carried out strikes on arms convoys in Syria.

Commander’s warning
As the diplomatic sparring intensifies the warring sides in Syria continue to try to gain the upper hand.

Though not long ago the rebels seemed to have the advantage, in recent weeks government forces have won a number of battlefield victories that may make Damascus less inclined to negotiate, say correspondents.

Gen Salim Idris – military chief of the main umbrella group of Syrian rebel forces, the Free Syrian Army – told Associated Press he was “very disappointed” at the EU’s apparent decision not to send weapons to his forces immediately.

He cautioned his fighters could lose control of Qusair – strategically placed close to Syria’s border with Lebanon – if weapons did not arrive quickly.

Correspondents say the US and European backers of Syrian rebels have baulked at sending heavy weaponry in fear they could end up in the hands of Islamic militants, some linked to al-Qaeda.

But the loss of Qusair could, they say, further buoy the Syrian government and set back the prospect of a negotiated transition which many rebels insist must not include President Assad.